RETRO WEEK: You Should Be Writing

Continuing our week’s theme, today’s posts are about theater. I acted in high school and college and set it aside for a while until we became quite involved with the Music and Fine Arts Ministry at West End Assembly of God. It was there I first donned (Donnered?) the red suit. And ten years ago I hit the Richmond Theater scene appearing in Joseph and the Amazing Technicolor Dreamcoat at Dogwood Dell. It’s been a wild ride since. Here are some of the stories.

ANYTHING GOES (Round 1) Giles Little Theatre
Where It All Began
June 5, 2018
Sitting in choir one day, the director told us that the local community theater needed chorus members for Anything Goes. I convinced one of my best friends to go along with me.

JOSEPH AND THE AMAZING TECHNICOLOR DREAMCOAT – Dogwood Dell
In which I come out of the Pyramid
July 12, 2012
A couple of years ago, I decided to try to branch out. After all, once you hit fifty you lose some inhibitions and think “why not?”

AND THEN THERE WERE NONE – Chamberlayne Actors Theatre
And then there was….curtain
April 8, 2013
I won’t be making any more trips to Soldier Island.

PLAY ON! – Chamberlayne Actors Theatre
All Goofy Things Must Come to an End
June 2, 2013
So for now, the curtain closes on Play On! and it’s been a hilarious ride, both on stage and off. I’ve worked with an amazing director, an amazing cast and an awesome crew. I’ll hate to say goodbye, but it’s time.

SHERLOCK HOLMES: THE FINAL ADVENTURE – Chamberlayne Actors Theatre
So long, Sherlock
November 10, 2014
I am very proud of my work on this show. Perhaps more than any other project.

SWEENEY TODD: THE DEMON BARBER OF FLEET STREET – Panglossian Productions
Attend the Tale
October 10, 2015
Face it, the fact that I’m playing a judge for the third time in a year and a half, AND the fact that I had to turn down the opportunity to play a judge in a different show in November, pretty much tells me that I fit a certain character type. 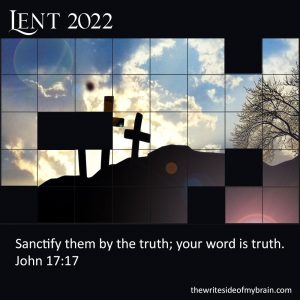 TINKER’S TOY FACTORY…and beyond
Embracing My Inner Claus
March 7, 2019
I first put on the red suit for a Christmas production in 2001. I didn’t really want to be Santa, even as an understudy.

And then the pandemic began to take its toll on the theatre world.

Movin’ on Out
September 9, 2020
In a story that will be written elsewhere, the facility on the north side of Richmond will no longer be our home as of September 30.

BUT IF YOU’RE CASTING…
Dream Roles
January 6, 2015
But for the other dream roles? I’m being more than a little vulnerable here, but here goes.