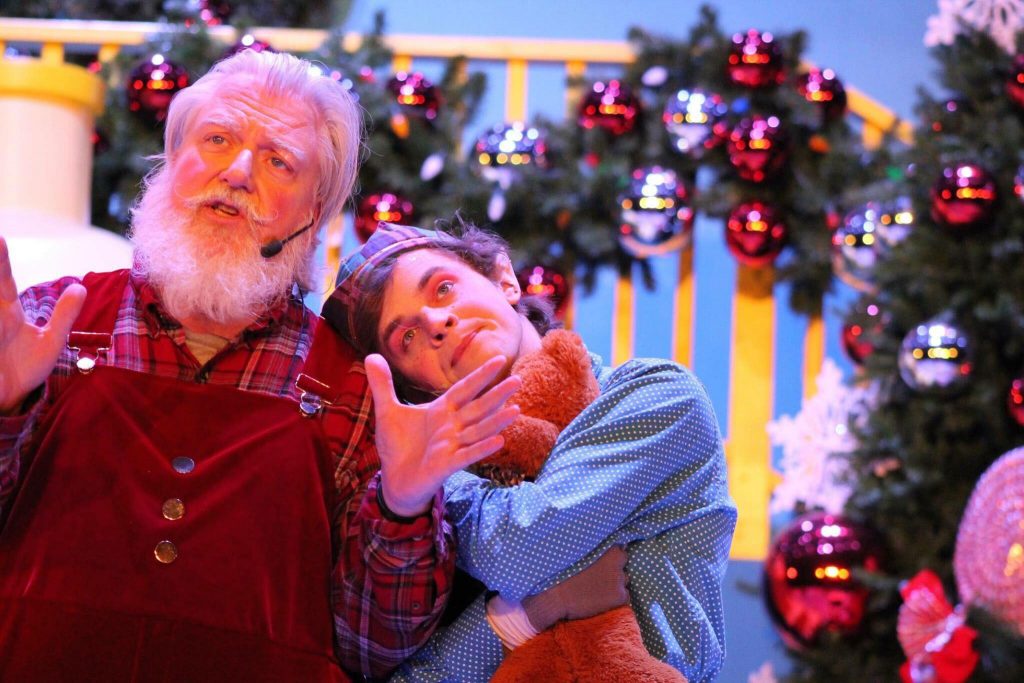 This past Saturday, I attended a gathering of Santas. Some twenty men from around the state who don the red suit at Christmas or actually all year. A few brought their Mrs. Claus along. Due to a scheduling conflict, it was one of two Virginia gatherings happening at the same time, the other happening in Williamsburg.

Needless to say, the event was a bit surreal. We met at a Japanese steakhouse and filled about five tables. Consider twenty or so men of a certain age, most with long white hair and beards. Almost all wearing red. Your trusty author included.

The best part of that was watching the other restaurant guests, and a couple of the serving staff marvel at 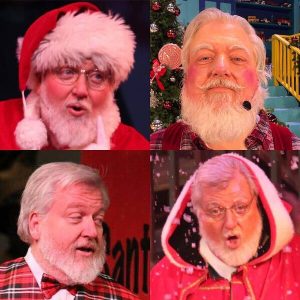 Who wore it better?

I first put on the red suit for a Christmas production in 2001. I didn’t really want to be Santa, even as an understudy. I don’t remember much about it, other than having a hard time keeping the red hat from falling off the fake wig. That’s the last time I used the fake hair and beard. Since then, every time I’ve portrayed the jolly old elf, I’ve used my own beard. I have to do a lot less whitening of it than I used to.

Most of my experience has been on stage. But I’ve done a few meet and greet situations, the most interesting being at PetsMart. Two days of long lines of dogs and cats, and the occasional guinea pig. I was sure someone would pee on me before the event was over. But I managed to make it through completely dry. Still, just before my time was almost up on the second day, I see a woman in line with a shopping cart filled with plastic containers.

Snakes?!? Why does it always have to be snakes?

Most recently, I portrayed Santa in Tinker’s Toy Factory at Kings Dominions Winterfest. Assuming all goes according to plan, well my plan anyway, I’ll be back there in 2019.

I’ve found I like this. At the beginning I didn’t want to be the large (okay fat) old man. But there’s something magical about putting on that suit. For the record, I’m still working toward the day when I have to add padding under the suit. It’s coming.

In my plan to put it altogether, to retire from the day job (at a yet to be disclosed date), I’m figuring out what I’ll do to supplement the retirement income. Reality is I never plan to stop working. At least not until I’m no longer able to. 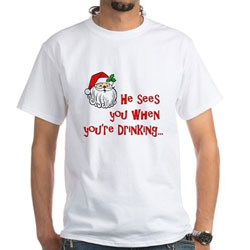 That means sorting out what it means to be Mr. Claus. Are their other opportunities beyond the regular gig? Indeed, there are, and I’m sorting that out.

I have ideas. I have things I think I could make work.

But I know I also have a lot to learn. Thus, the reason for joining last Saturday’s luncheons.

There are schools, and training sessions out there. There are Facebook groups for the exchange of information and ideas. There are companies that book Christmas performers. I’m taking it all in.

You could say I’m making a list of Santa opportunities, and checking it twice.