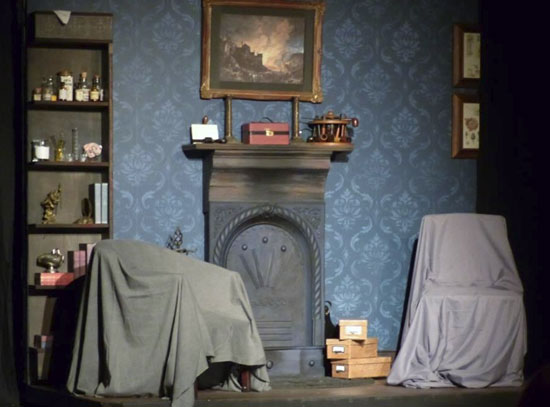 “The best way of successfully acting a part is to be it.”
– Arthur Conan Doyle, The Adventure of the Dying Detective

No, this is not a recipe.

For a while over the last few weeks there was a meme going around Facebook where actors would tag other actors and ask them to list their five dream roles.

Maybe it’s because I don’t travel in the right actor circles, or I’m not hip enough, or I’m just too old…but for whatever reason, I never got tagged.

But when has that ever stopped me from talking about something?

You don’t really have to answer that.

So, I decided I’d list my dream roles here.  And because this is my blog, and my post, I may or may not stick to just five.

The truth is, while I didn’t realize it until it happened, playing Dr. John Watson in Sherlock Holmes: The Final Adventure was a dream role.

“Once in a while I experience an emotion onstage that is so gut-wrenching, so heart-stopping, that I could weep with gratitude and joy. The feeling catches and magnifies so rapidly that it threatens to engulf me.”

– Julie Andrews Edwards, Home: A Memoir of My Early Years

No, I did not promise yesterday not to talk about Sherlock.  I just promised not to talk about it all the time.  But, as an actor, it would be lying if I did not again state that the role was one of the best, if not the best and most favorite, role I’ve ever played.  I would play that part again and again.  But I’d insist on the same cast mates.

But for the other dream roles?  I’m being more than a little vulnerable here, but here goes.

Tevye in Fiddler on the Roof.  What’s not to love about this role?  I almost had a shot at it in college, but due to a story that’s far too long to tell here, the production was never staged.  I may never get to the opportunity to play the role.  I’ve played a singing Hebrew in The Master’s Plan and Glorious Christmas Nights, but it’s not quite the same.

Sweeney Todd in, of course, Sweeney Todd.  I’ve probably aged out of that role, and I’m not really sure I ever had the vocal range and strength.  But I love that show.  And while I’m a huge fan of both Johnny Depp and Helena Bonham Carter, I prefer the stage version to the film version.

Norman Thayer in On Golden Pond.  Who doesn’t want to be a loveable old coot?

Herod or Pilate in Jesus Christ Superstar.  In many ways this is a coming of age musical for me.  I first fell in love with the London cast recording way back in middle school.  I’m not such a fan of the film.  But in the 1990s, I got to see Ted Neeley in a revival tour that played at Wolf Trap.

The title character in The Scottish Play.  Again, I may have aged out of this one, but of all the Shakespeare plays, this is the one I’d like to do.

And finally, here’s the vulnerable part:

Edna Turnblad in Hairspray.  Yes. Seriously.  It’s a great part. In my opinion, John Travolta ruined it in the film version.  A few years back it was done at Dogwood Dell.  I have no reason to believe I would have been cast at that point, but I chickened out of the audition.  Todd Schall-Vess did a great job in the role.

So, there you have it.

Casting directors?  Are you listening?