Apparently, the FOX network thinks this ad is not appropriate for you to see. 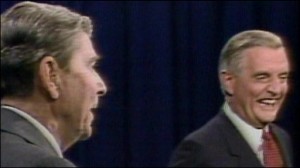 “I want you to know that also I will not make age an issue of this campaign. I am not going to exploit, for political purposes, my opponent’s youth and inexperience.” – during a 1984 presidential debate with Walter Mondale