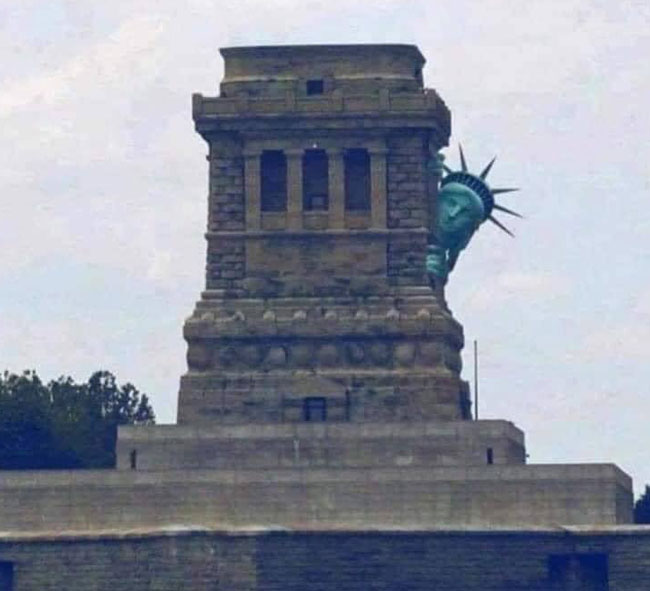 “In the end what will happen will be what has happened whenever a civilization breaks up. The people who have brains and courage come through and the ones who haven’t are winnowed out.”

Ashley Wilkes, in Gone with the Wind, by Margaret Mitchell

I told some friends yesterday that, while the thought of living off grid has never really appealed to me, I’ve sort of been daydreaming about living off planet.

What can I say? My current Netflix binge is Star Trek Voyager.

I’ve also watched a lot of movies recently. So, the other night, I was scrolling through HBO Max and thought “Hmm…Gone with the Wind.” But while it’s a favorite, it’s a chore to get through to the end.

Besides, no matter how many times I watch it, Rhett never stays.

I first saw Gone with the Wind at the Sunday matinee with my uncle. The best I remember, I was in middle school. He’d never seen it, and he didn’t want to go alone, so I went.

Why all of this talk about GWTW?

Yesterday, it was announced that HBO Max was pulling the film from their streaming content until appropriate historical context could be added.

Look, I know that GWTW is a romanticized version of what happened, but it is a product of its time. Margaret Mitchell spent years perfecting her one masterpiece.

The stories of the filming are Hollywood legend. GWTW won 10 Academy Awards, including Best Supporting Actress for Hattie McDaniel, the first African American to win an Oscar.

The 1940 Academy Awards were held in a hotel with a strict no-blacks policy. McDaniel was allowed in as a favor, but was forced to sit at a segregated table.

Gone with the Wind should be viewed for its place in cinematic history.

I hope all of this is included as part of the context and not some fable about how the South was all bad and the North was all good. ‘Cause that ain’t context, and that ain’t history.

The problem with history is that nobody is really reading it these days.

Earlier this week, the statue of Christopher Columbus in Richmond’s Byrd Park was toppled, subjected to a burning American flag on top, and thrown into the lake.

Yes, I understand that we’re supposed to hate Columbus now. But what was gone from the consideration was the fact that in the 1920s, Richmond’s Italian-American community raised the funds for the statue and it was not without controversy even then. Not because of the horrors we are told Columbus committed in the Caribbean, but because he was “Catholic and foreign” he couldn’t go on Monument Avenue with the Confederate heroes.

Before Columbus toppled, there was Williams Carter Wickham in Richmond’s Monroe Park. Yes, he was a Confederate General. But, before the war he voted against secession. After the war he was a presidential elector for Ulysses S. Grant. (read more at Bacon’s Rebellion).

Last night, the statue of Jefferson Davis met his downfall. Admittedly, that one always confused me a bit. He wasn’t a Virginian, wasn’t really a hero.

On a side note, in the City of Portsmouth last night, a man received life threatening injuries when a toppled statue fell on him.

While I think a lot of history is being overlooked or misinterpreted, I’m not defending these statues or the individuals they portray. I already said last week that, while I think it’s the wrong decision (for multiple reasons, and with the possible exception of Davis), I can accept that the monuments are coming down.

But this ain’t the way to do it.

It is possible to believe both that the murder of George Floyd was horrendous and we need some police reform, and to also believe that the riots and destruction are counterproductive.

One of the problems is, as their English and History teachers will tell you, the people today citing historical context are getting a lot of their info from Wikipedia.

You need to look no further for confirmation of that than the fact that in Washington, DC, the Lincoln Memorial, the D-Day Memorial, and the Vietnam Memorial were vandalized.

I mean, dude…you know who Lincoln was, right?

And beyond that the statues of Robert Gould Shaw (look him up, but use a real source), Winston Churchill, and Mahatma Gandhi were vandalized.

Gandhi said “My experience teaches me that truth can never be propagated by doing violence.”