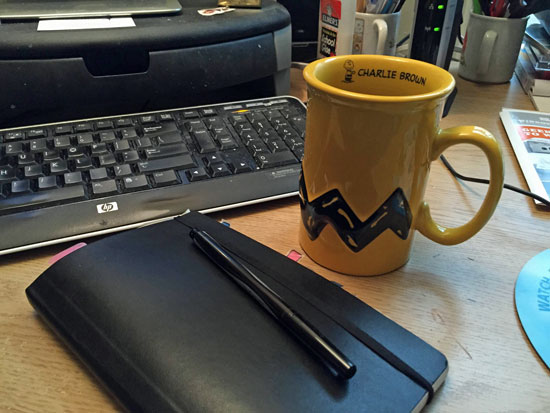 Now eagerly desire the greater gifts. And yet I will show you the most excellent way.

I don’t know about you, but I’m news-weary.

No, this is not another post about how much I have to do. I don’t have time to write that one.

I am weary from the news cycle.

I’ve told you in the past that I’m a recovering political junkie. I used to live and breathe politics, then write inflammatory posts on the Interwebz, most often under a pen name.

If you need to know what that pen name was, you already know.

However, a few years back, in full disclosure when I became increasingly unable to defend the party of my heritage and belief system, which coincided with my increased involvement in the arts, I stepped away from the political blogging.

I gave up on following the 24-hour news cycle. And, likely because of that, I’ve never been prescribed medicine for my blood pressure (eating healthy and red wine don’t hurt that either).

These days, I listen to news radio on my way to and from work. In addition, I follow the news on Twitter. If something catches my attention, I’ll read the story. I almost never follow a story on Facebook. If I do, it’s for the purposes of verification.

Still, I get enough from the news that I know what’s going on.

For example, I know about the approaching (or already here) Nor’easter.

I’m not ready for it. I still haven’t dried out from the summer weather. Not to mention Florence and Michael.

As weary as I am of the weather, the news cycle is worse.

For days, we’ve been hearing about the caravan of migrants coming from Central America. Or, according to the President, South America and points farther south.

Some call it a political stunt. I will readily admit that the timing and the organization is somewhat suspicious.

The compassionate side of me struggles with the concept that people are seeking a better life. Whether or not you agree with the President that they come from “shithole countries” (his French, not mine), how do you balance the sense of compassion with the fact that, at my house anyway, we’ve only got so many seats at the Thanksgiving table?

But, for the past 24 or 48 hours, we’ve heard less about the caravan. We’ve heard instead about the “pipe bombs” and suspicious packages sent to the Clintons, the Obamas, and a whole host of Democrat leaders…and Robert DeNiro.

As of this writing, we still don’t know enough about these packages. However, that hasn’t stopped the media and folks like Chuck Schumer and Nancy Pelosi from blaming the President.

Nor has it stopped some on the right from crying “False Flag.”

That’s just what many Democrats and many in the media are doing right now, though. Their argument is that they don’t need evidence that President Trump’s rhetoric was the actual cause of the attempted bombings, or even the proximate cause, or even a proximate cause. The fact that Trump attacks his opponents with alacrity means that we can lay violence at his feet. Speech is, in this view, a form of violence. Which makes speech subject to legal ramifications.

So, there you have the story and the talking points for the week. But, have we so quickly forgotten that, just a week ago a grand jury indicted a Utah man for mailing threatening communications to President Trump, Secretary Mattis, Admiral Richardson, FBI Director Wray, CIA Director Haspel, and Air Force Secretary Wilson?

Have we forgotten that Ricin was sent to the office of Senator Susan Collins because of her vote regarding Justice Kavanaugh?

I broke my self imposed “keep-your-damn-mouth-shut” social media rule the other day. A friend posted something along the lines of “at least their meal wasn’t being interrupted.”

I tried to point out that there was incivility on both sides. I reminded the poster of the shooting of Steve Scalise, and the fact that Rand Paul was brutally attacked right outside his own home.

The response I got was “but…Trump…”

Don’t me wrong. I cringe on a regular basis when I see what the President has said or tweeted.

At the same time, I tried to point out that he’s never called for anyone to be bombed. I tried to say that violent behavior and speech is never appropriate, regardless of the source.

I gave up. I could have pointed to the words of Maxine Waters, or Eric Holder…but I knew it was a losing battle.

That’s what makes me sad. We have gone beyond the ability to have a rational discussion…about just about anything.

On Friday, we learned that Megyn Kelly was leaving NBC, with NBC reportedly having to pay the rest of her $69 million contract (apparently they’re fighting that, so don’t quote me). During a discussion about Halloween costumes and whether it was appropriate to appear in blackface or in a costume of another culture, she said, “when I was a kid, that was okay as long as you were dressing up like a character.”

That was immediately interpreted to mean that she was defending the historical use of blackface. She wasn’t. But that’ didn’t matter.

She apologized. But, that didn’t matter. She’s out.

Let’s not gloss over the fact that this is the network that hid Matt Lauer’s inappropriate behavior as long as they could. Not to mention the fact that Kelly apparently questioned why a story about Harvey Weinstein was shelved. But, that’s another story and another hashtag. Or two.

I suspect NBC wanted Kelly gone for other reasons and this just gave them the excuse.

As an actor and, as someone who extended his childhood as long as possible, I have often worn makeup. I have never worn blackface.

I have on multiple occasions used white greasepaint to appear as a ghost, a vampire, or the living dead.

In full disclosure, I have performed in multiple religious dramas that required that I look the part of a First Century Hebrew. One time, we all got spray tans.

I suppose political correctness would tell us that those roles should only be played by actual Hebrews. Of course, when you’re telling the Easter story, you’re going to have some theological issues.

Yeah, that pretty much describes this whole damn week.

I want to point out all the people that are wrong.

So, I back off. I hold my tongue. I stay away from the keyboard.

I’d love to live in a world where we could sit around over coffee or adult-entertainment beverages of choice and have reasoned, if even occasionally heated, discussions of today’s great issues.

Sadly, as we become more and more polarized, we’re only having those discussions with those of like mind.

Otherwise, diversity is just a hashtag with no meaning.

It’s up to us to use those freedoms responsibly.

It’s no more appropriate to scream “Fire” in a public theater (unless there’s really a fire), than it is to dump someone’s to-go box from a restaurant.

When crap like this happens our knee jerk reaction is to start pointing the fingers of blame.

We’d be better off stepping back and looking at our own behavior. Our own speech.

There is no corporate way to solve this. There is no law that’s going to restore civility.

That’s only going to happen one by one as we each look inside our own hearts and examine our own attitudes.

It is possible to disagree violently on policies and issues without being violent. But it’s up to each of us.

If our first response is to say “It’s his fault!” or “It’s her fault!” then we’ve lost that battle.

We can continue on the road we’re on, or we can choose the more excellent way.

The choice, as they say, is ours.