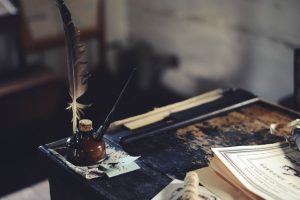 As for you, you meant evil against me, but God meant it for good, to bring it about that many people should be kept alive, as they are today. Genesis 50:20 (ESV) Joseph and the Amazing Technicolor Dreamcoat is one of my most favorite musicals. I had a blast playing the role of Potiphar many …

END_OF_DOCUMENT_TOKEN_TO_BE_REPLACED

Man has made 32 million laws since the Commandments were handed down to Moses on Mount Sinai… but he has never improved on God’s law. American director and producer, Cecil B. DeMille, was born on this day in 1881 (died 1959). We are on day 151 of 15 days to slow the spread. Most people …