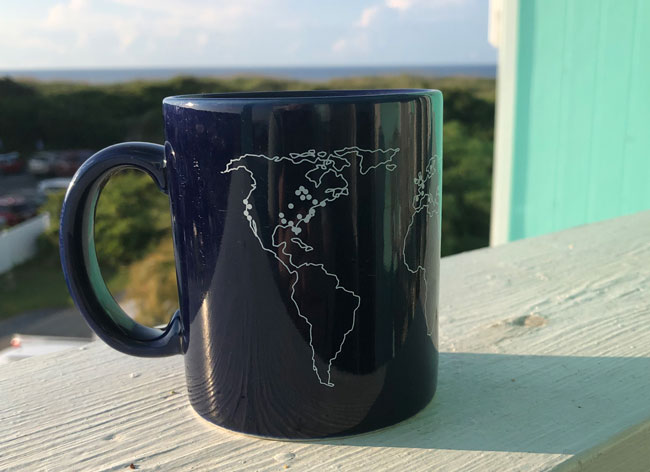 “In olden days a glimpse of stocking was looked on as something shocking. Now, Heaven knows, anything goes. The world has gone mad today, and good’s bad today, and black’s white today, and day’s night today….” 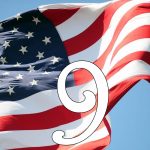 I have twice had the privilege of being in Cole Porter’s Anything Goes. Once way back in 1975 when I was a junior in high school and appeared with the chorus in what was my first stage production. Then a few years back I took on the role of the Captain with The Theatre Company at Ft. Lee.

Cole Porter wrote those words in 1934.

The country was in the middle of the Great Depression. In less than ten years, we’d be drawn into World War II.

So, this morning, while struggling to find the inspiration for today’s post, I’m wondering if things just feel 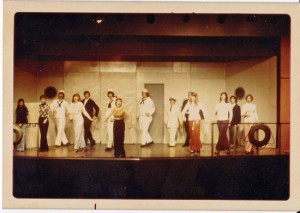 more crazy because we’re bombarded with it on social media.

I mean, are things crazier now than WWII? Or WWI? Or the Civil War? Or the plagues…

And let’s not even think about what Twitter would have done to Noah.

Still, we’re bombarded on a daily basis with news, with fake news, with propaganda.

Yeah, it’s easy to get a little weary.

I’m weary this morning because yesterday my son and I drove to Chesapeake (about a two-hour drive each way) to pick up some furniture friends very graciously gave us. Furniture that will help with my wife’s upcoming (to be scheduled) knee surgery.

The problem, one of them, is that, as I’ve mentioned in recent months, I’m not fully recovered from Last Summer’s Great Unpleasantness™.

I mean, on the one hand, the cancer is behind me. So to speak. I’ve just not fully regained my strength or stamina. Lifting furniture is a challenge, if not impossible.

I’ll also admit that the food choices for a road trip weren’t the greatest.

Not to mention that I Instagrammed my fuel purchase of $100.

That set off some pre-Independence Day fireworks on my Facebook feed.

So, this morning I’m a little weary. A little achy.

But while I’m also tired of the news I’m thinking that it’s always been this way and always will be this way.

I mean, I lived through the fuel wars of the Carter years.

I remember a college friend saying to me as we prepared to graduate in 1980…surely the Lord will come back before we reach the yeas 2000.

Well Shirley, we were wrong.

I’m tired this morning. You probably are as well.

While thinking that it’s always been this way puts it in perspective, it doesn’t get my yard mowed this afternoon.

“I have told you these things, so that in me you may have peace. In this world you will have trouble. But take heart! I have overcome the world.”

That may not take care of the yardwork, but it will get me through the day.

The Writing Project That Took a Quarter of a Century to Complete
Authors Publish
What I didn’t realize then was that the rejection I received was positive. The publisher had taken the time to send me a note of encouragement. I didn’t see that of course. I only saw the rejection. Read More.

The 54 Best Quotes on Courage
The Art of Manliness
While few of us are called to charge into battle these days, we all still need an ample arsenal of courage to stand up for those we love, defend unpopular beliefs, take professional and creative risks, and continue to choose the good, true, and honorable in a world where it can be hard to keep carrying the fire. Read More.