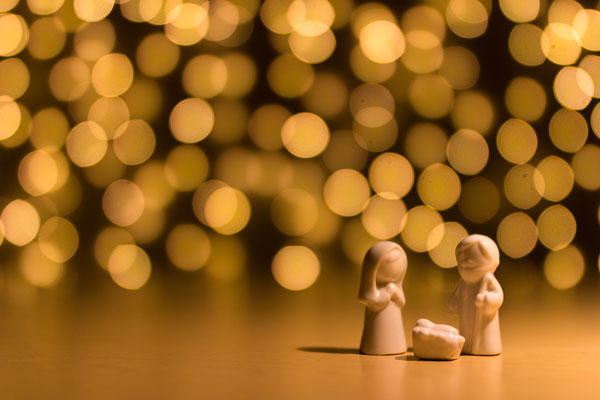 This is not what Christmas is all about, Charlie Brown.

Yes, I know it’s been weeks since I’ve posted, that’s also what neither Christmas, nor this post, are about.

I am not one who worries about the “War on Christmas.”

In the simplest of terms, Christmas is the beginning of the Greatest Story Ever Told, but the climax comes when we celebrate the Resurrection. There’s a whole lot more to that story of course, but also not what today’s post is really all about.

Today I’m writing about why I’m offended by all of the people being offended.

A few months back the social media rage was to quote from Leviticus 19 regarding welcoming strangers. As in “let’s open the borders.” I’m not going to debate that here. But I will point out that, if you want to proof-text Scripture, you’ll need to read the next Chapter of Leviticus. Look it up, it will do you good. And it will show you why it’s not a good idea to pick and choose a random scripture to make your point.

But now, we have the Christmas season upon us and we’re seeing comparisons to Mary and Joseph and immigrants at the border. That’s nice sentimentality. But it’s not an accurate depiction of the Christmas story.

Look, we can debate immigration elsewhere, but get your facts straight about the story of Mary and Joseph.

One of the most ludicrous statements I heard this past week was that Mary didn’t give God “permission” to impregnate her.

Uh…that’s not how this faith thing works. And please before you embarrass yourself, go read this passage from the first chapter of Luke.

And Mary said, Behold the handmaid of the Lord; be it unto me according to thy word. And the angel departed from her.

I understand, if you’re not a Believer, that doing what God asks of you can be a foreign concept. But you shouldn’t try to cherry pick passages to advance your own agenda. Read the whole Book and learn more about what happened to people who said “no” to God.

Look, I’m about people having their own beliefs and coming to their own conclusions. But you can’t rewrite history, and facts, and Scripture to fit your own cause.

For the record, my brethren on the more conservative side need to bookmark that.

The silliness extends beyond the distortion of the Christmas story.

Now, a radio station has stopped playing the classic “Baby, It’s Cold Outside” because it’s offensive.

And yet, Stephanie Ruhle from MSNBC tweeted the other day: 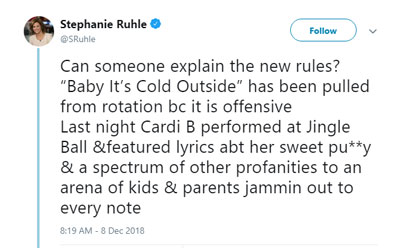 I’m all about standards. As long as they’re consistent.

Among other insanities of the season.

Rudolph is problematic because of bullying.

A Charlie Brown Thanksgiving is racist because Franklin sits on the other side of the table. Come on, let’s talk about how forward thinking Charles Schulz was for even introducing Franklin in the early 1960s.

It’s not just the holidays.

Don’t even get me started about PETA’s new campaign saying “Bring home the Bacon” is hate speech, or whatever lunacy they’re preaching today.

In some ways, I like to think that we’re a more enlightened society. But then I go on social media and realized that everything is offensive, everything is politically incorrect.

I have neither the time nor the patience to debate this with you.

Be a Grinch. Be offended.

I’m off to pop Rudolph into the DVD player, while I fry up some bacon, and set up the nativity.

Because, this is what Christmas is all about Charlie Brown…