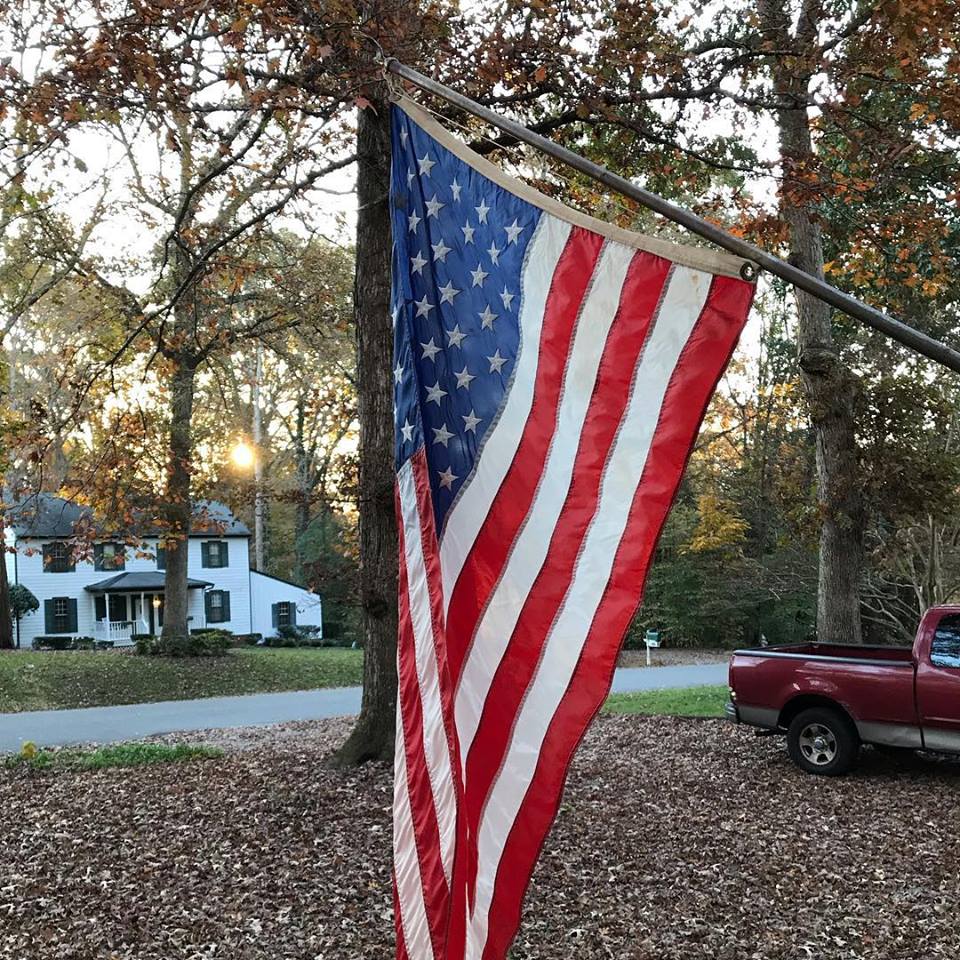 Yesterday was the 100th anniversary of the signing of the Armistice ending World War I.

While I’ve not been writing here much lately, it just didn’t seem right to let the occasion pass without recognizing the day.

The flag in the picture flew over the U.S. Capitol in honor of my father-in-law’s birthday in 1987. Yesterday, Veteran’s Day, it flew from our house to honor his service in Japan and the Philippines, as well as my father’s service in Germany and Korea, my stepfather’s service in the Pacific Theater, and the service of my grandfather, who, on the day the Armistice was signed 100 years ago, was in a military hospital in France recovering from exposure to mustard gas at the Battle of the Meuse-Argonne.

I’ve spent much of the last three years with World War I as I was researching and developing my script that told my grandfather’s story: Clean Dry Socks: Diary of a Doughboy.

I’ve told you the story of how that came to be.

And so, I needed to mention it one more time, along with acknowledging a few others.

I try to honor their memory. I try to appreciate their service, their sacrifice, and that of countless thousands of others who have answered their country’s call.

More than forty years ago when I graduated high school times were different in our country. My generation saw the end of the Vietnam War and the end of the draft. I did not serve. It is one of my regrets in life.

But I have spent most of my professional life in government and public policy service. Not the same on any level, but my part in trying to make this world, and our country, a better place.

I have had the privilege for several years to participate in volunteer service at The U.S. Army Quartermaster Museum at Ft. Lee. My grandfather trained at what was a very young Camp Lee.

I was also honored to be grafted in as a non-veteran participant in The Mighty Pen Project, a writing project through the Virginia War Memorial, where veterans gather to share their stories through writing.

As I write this, our country seems really angry. We seem divided.

I used to think that I could fix things through the political process. I can’t.

What I can do today is be grateful for this country and for those who have fought to defend our freedoms.

I can also be grateful for the fact that, for now at least, we’re still free to argue about things. I don’t want to take that for granted.

That freedom was bought with a price that I didn’t pay.

My job is not to waste that.