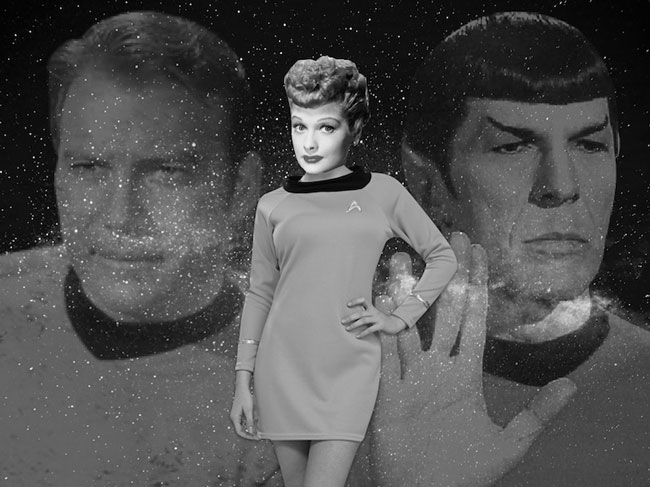 If you want something done, ask a busy person to do it. The more things you do, the more you can do.

American actress, television producer, and businesswoman, Lucille Ball, was born on this day in 1911 (died 1989).

We all loved Lucy.

True story. I forget which Hollywood icon passed away when I commented in jest that when Lucy died, I’d have to take the day off. As it turned out, she died on April 26, 1989, our oldest son’s birthday. I indeed took the day off.

While reorganizing my office this past week, I’ve been binge watching the original Star Trek.

Outside of realizing how really, really, bad the story lines, the acting, and the special effects were, there’s also the realization that this show was revolutionary in its time.

There’s also the reality that we have Star Trek because of Lucille Ball.

Initially rejected by Desilu Studios and CBS, NBC rejected the first pilot for The Cage. Lucy overruled her board and agreed to help finance the second pilot on NBC. That’s where we met Jim Kirk. Former studio executive Ed Holly said “If it were not for Lucy, there would be no Star Trek today.”

It’s quite possible that I’d be less of a geek if Star Trek had never made it to television.

And, while I’m not sure my boys want to hear this.

Except for the first Star Trek movie. In that case:

And there was never, ever, a reason for Jar Jar.

What was I writing about?

And her comment that “The more things you do, the more you can do.”

She certainly lived that, didn’t she? What a career. Not without it’s hardships and trials, but she was an amazing woman.

Maybe it’s the sense of urgency that causes busy people to get more done. Maybe those deadlines get the adrenaline pumping.

I know that, as a writer and designer, I get more done when I’m on deadline.

I also know that I said I wasn’t going to talk about how much I have to do.

So, I’m not. I’m talking about Lucy, and how much she got done.

But the drive to keep going is the same. Lucy showed us how it’s done.

I’m not dying my hair red.

But, I appreciate what we can learn from Lucy.

And, from Star Trek.

It’s Monday, and time to boldy go on with the week.

Watch out for Klingons.