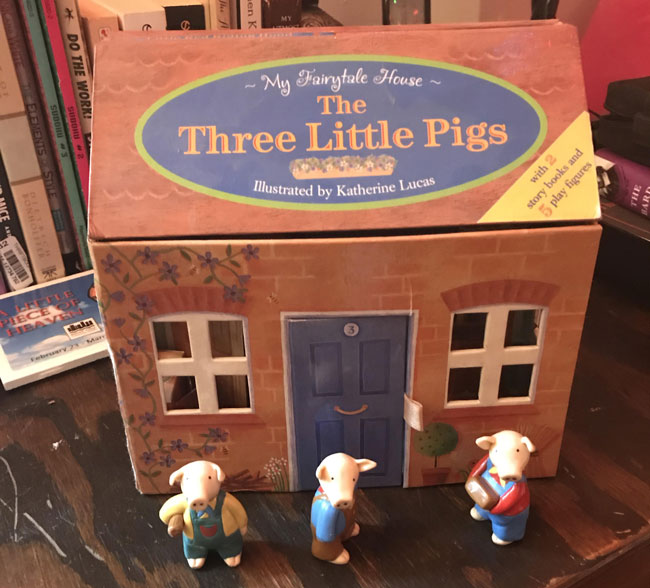 It’s Friday, and officially the last day of my “Staycation.”

As you saw yesterday, I got my office redone, and I’ve made some progress in some other areas.

I continue in my Goodreads challenges to read fifty books this year (I’m currently at 35 and have four in process), I’ve been reading Bird by Bird: Some Instructions on Writing and Life by Anne Lamott. 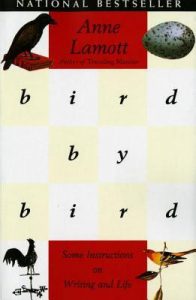 I’m enjoying the read, and enjoying what Lamott has to say about writing which is basically…write.

Well that and that first drafts are always shitty.

Her word, not mine, but also true (just like Hemingway said).

I’ll probably talk more about the book later, but I love how she just tells you to write what you know, whether it’s the elementary school cafeteria or what it was like waiting for a Polaroid to develop.

I like that because, as I’ve talked about before, life has given me a lot of source material.

And by the way, a lot is two words.

So, in the midst of my clearing out my office I came across this set of books that we had when our youngest son was much younger. Probably about a year or so. It’s a cleverly packaged version of two small books telling the stories of Little Red Riding Hood and The Three Little Pigs. The accompanying house could be used to tell either story using the small figurines. We still have the three pigs. Somewhere in this house I’m sure we’ll one day find the wolf and Little Red herself.

I’m getting to a story here, I really am.

As a toddler our son liked to carry around small objects in his hand. He wouldn’t chew on them as many children do, he just liked to carry them. I’m pretty sure I remember my wife saying that one day he carried around a grape.

Back to the pigs.

For a long time he carried one of the three little pigs. I don’t recall which it was.

But I recall my horror one day when, for some reason, we were visiting Home Depot. I had our son in a cart and my wife went off to look for whatever it was we came to purchase.

The pig came along for the ride.

Somewhere in the garden section I heard the boy say “I lost my pig.”

If you’ve been a parent, you know the terror that such a phrase brings.

Where, oh where, could that pig have gone? We started our search.

But, before we did, I said a little prayer.

Then we began to retrace our steps. Finally, we found him.

I don’t remember how long the search took and how many times we had to retrace our steps, but finally, there he was.

No one had picked him up. He hadn’t been swept away.

All was right in the world again.

Was it an answer to prayer? That day, I surely thought it was.

And this week, it’s a reminder that I do, indeed, have plenty of stories to tell.

Is that story going to win me a Pulitzer?

Maybe not. But I have to start somewhere.

In other news that I’m excited to announce, I have been cast in the role of Santa in Tinker’s Toy Factory one of the shows that will be playing this November and December at Kings Dominion’s Winterfest.

That, among other things, is why I’ve taken this week to get organized on the home front.

I promised I wouldn’t always talk about it, but this little piggy is going to be very busy for the next few months.