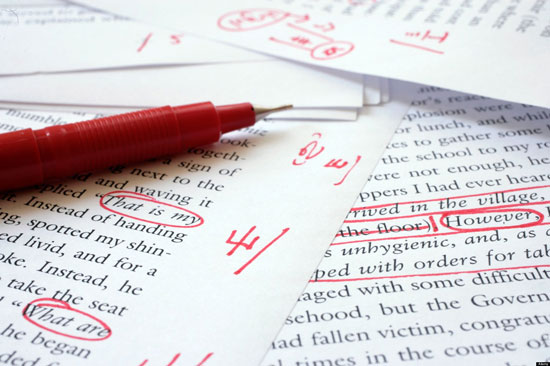 The worst thing you can do is censor yourself as the pencil hits the paper. You must not edit until you get it all on paper. If you can put everything down, stream-of-consciousness, you’ll do yourself a service.

– American composer and lyricist Stephen Sondheim was born on this day in 1930.

Sondheim wrote some of my favorite musicals including Gypsy, West Side Story, Sunday in the Park with George, and Company.

I have had the privilege of being in one Sondheim musical when, two years ago, I took on one of my most challenging rolls when I was cast as Judge Turpin in Sweeney Todd.

But the principle of writing first and editing later applies to the writing I do as well.

It’s something I learned in the years that I’ve done Nanowrimo and succeeded in reaching the goal.

When your challenge is to write a 50,000 word novel in thirty days, there’s no time for editing. That comes after.

I have this stack you see…

One of my daily routines is to sit and type as fast as I can a minimum of 1,000 words a day. If you read my Monday post let’s just say that I’m more successful on those mornings when I’m a little ticked off. The words come more quickly, the fingers move a little faster.

That’s a good discipline, but I’m writing little, if anything that I would want other folks to read. Even these blog posts, while often written quickly, have a fair amount of editing involved.

Sometimes the editing comes later in they day when my wife sends me an email with necessary corrections.

It’s just that nothing is perfect the first time out. I mean just think how long it took all of those monkeys to write the complete works of Shakespeare.

Writing is a process. You put the words together. Then you rearrange them. And then, if you’re wise, you leave a large percentage of them in the recycle bin.

Most of the time, less really is more.

I’m in the editing phase right now with my two largest projects. It’s a struggle because I’ll find myself with a new story idea and want to take off with it. Instead it goes into the writing file to be tackled at another time.

Sure, there are bursts of inspiration when you just have to get the words written down. When a thought or storyline is so vivid in your mind that you can’t think of anything else until you get it written.

If you think that’s what a writer’s life is like, it ain’t.

Much of my life is spent staring at a screen, perhaps looking at a sentence or paragraph that I’ve written and thinking “this sucks” but all the time not really sure how to make it better.

That’s what writers do. We craft words together. Sometimes we craft them into saying pretty things.

Just know that the things you read and enjoy more often that not are not the original content.

It’s like waking up from a good night’s sleep (for those of you who can get them). You’re refreshed and ready for the day, but one look in the mirror reminds you that your appearance, and perhaps your fragrance, can use a good editing.

You may not write books, or stories, or music. But chances are whatever skills you use, there’s a good bit of editing.

Unless you’re a brain surgeon or a pilot. You guys really have to get it right the first time.

Another one of my favorite composers, Andrew Lloyd Webber, was also born on this day in 1948. He wrote some of my other favorite shows including Jesus Christ Superstar, Evita, and Cats (yes Cats).

I had the chance to be in an Andrew Lloyd Webber musical a few years back when I played Potiphar in Joseph and the Amazing Technicolor Dreamcoat, one of my all time favorite shows.

I would be remiss if I did not mention that if you’re casting a Stephen Sondheim or Andrew Lloyd Webber musical, I am likely available.

I just thought it was important to note that.

Now if you’ll excuse me, I have some editing to do.