Saturday night my family and I saw the live action version of Beauty and the Beast.

I loved the original animated version and loved this version. After all, I’ve also loved Emma Watson since she was just the brightest witch for her age.

But I’m distressed by all of the news and hysteria over the “gay” character/scene that has caused many people of faith, and a theatre in Alabama to boycott the film.

One mother even cancelled her family’s $6000 trip to Disney World.

Someday those kids will likely ask “hey, what was Mom thinking?”

But look, if you’re not gonna use those tickets…

Here’s the thing. I actually respect the people who don’t want to see the film because of that.

Then just don’t go. Vote with your wallet, not your soapbox.

Personally, I thought two scenes in particular were hysterical.

On a side note, I think the team at Disney is just savvy enough to know that releasing this information would draw them bazillions of dollars in free publicity. 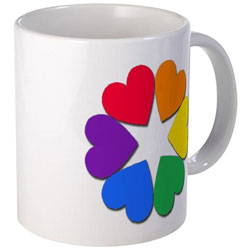 It’s almost like they learned from a tweeting President.

If you really know your Disney movies, this is just the first time they’ve confirmed that a character might be gay.

And seriously? The one little gay character bothers you but you have no problem with the sorcery and beastiality?

I simply don’t do boycotts. Pretty much for any reason.

If there’s a particular company or product that’s doing something that offends me, I might make a different choice if there’s an equally acceptable one available. But not if I really like the product.

I lived through the years of midnight Harry Potter releases when you never knew if you’d see more friends from church protesting or in line to buy the book. That’s a true story.

And then we get to book seven and find out that all along it’s been a story of a young man who gave up his life for his friends and then comes back to life to defeat the evil one.

Intentional or not, the parallels are there.

I’m not trying to tell anyone not to protest. That’s your right in this country.

I’m just suggesting that, before blogging it to the world, you stop and think about what you’re doing. Does it really advance the message of the Gospel?

Or does it just bring your fifteen minutes of fame?

I’m the kind of guy who can have a Chick-fil-a sammich, shop at Hobby Lobby, pee at Target, and go home to enjoy Starbucks with my Girl Scout cookies.

Call me a Renaissance man.

And hey, if you’re not using those coupons…