“The frustrating thing is that those who are attacking religion claim they are doing it in the name of tolerance, freedom and openmindedness. Question: Isn’t the real truth that they are intolerant of religion? They refuse to tolerate its importance in our lives.”

Ronald Reagan speaking at an ecumenical prayer breakfast in the mid-1980s.

Oh Snap. The Gipper went there.

Funny, isn’t it? Who gets to decide what tolerance is?

There is so much more to this post that I’m going to get into today. But forty years ago Reagan was exactly right.

The 2016 election was a classic example of this.

You must be tolerant of my viewpoint, but your viewpoint is irrelevant.

That’s the way it works, isn’t it?

Accept this form of behavior, or lifestyle, or lose your job, your home, your business, and your respect.

I’ve already told you that I’d bake the cake. But I shouldn’t be forced too.

It’s tricky, and again much deeper than can be dealt with in a single post. I’m not so sure the knee-jerk reactions on either side are going to be helpful. 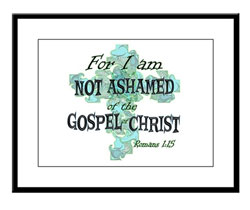 Tolerance is a two-way street.

But, if you read the Gospels (and you should, it will do you good) you’ll realize that Jesus wasn’t necesarily all that tolerant.

On a completely different side note, Jesus never, ever advocated the government as a solution to a problem.

Unlike many of my brothers and sisters, I don’t (yet) think that Christians are being persecuted in this country. They certain are around the world particularly in (some) Muslim countries. That’s just a fact.

But, it’s also a fact that over the last, shall we say, eight years or so, there has been a growing animosity towards Christians and Christianity in this country.

To be fair some of it…some…has been a reaction to the way Christians have behaved or presented themselves and that hasn’t always been the best example of the Gospel message.

If you mock someone because they believe that Scripture teaches marriage is between a man and a woman…that’s intolerance, not diversity.

If you make fun of a mother who tells her daughter that “love can wait” that’s intolerance, not diversity.

If you think that someone who believes it’s a child, not a choice is a knuckle-dragging neanderthal, that’s intolerance, not diversity.

And before my brothers and sisters in the choir get too many amens in there, it’s also not tolerance to whack someone over the head with your forty-seven pound Thomas Chain Reference King James Bible.

But if one person reading this stops to think, and perhaps pray, about their own attitudes, then maybe that will be enough.

Or at least a start.