And that’s about all I have to say tonight, except for one thing. The past few days when I’ve been at that window upstairs, I’ve thought a bit of the ‘shining city upon a hill.’ The phrase comes from John Winthrop, who wrote it to describe the America he imagined. What he imagined was important because he was an early Pilgrim, an early freedom man. He journeyed here on what today we’d call a little wooden boat; and like the other Pilgrims, he was looking for a home that would be free. I’ve spoken of the shining city all my political life, but I don’t know if I ever quite communicated what I saw when I said it. But in my mind it was a tall, proud city built on rocks stronger than oceans, windswept, God-blessed, and teeming with people of all kinds living in harmony and peace; a city with free ports that hummed with commerce and creativity. And if there had to be city walls, the walls had doors and the doors were open to anyone with the will and the heart to get here. That’s how I saw it, and see it still.

And how stands the city on this winter night? More prosperous, more secure, and happier than it was eight years ago. But more than that: After 200 years, two centuries, she still stands strong and true on the granite ridge, and her glow has held steady no matter what storm. And she’s still a beacon, still a magnet for all who must have freedom, for all the pilgrims from all the lost places who are hurtling through the darkness, toward home.

We’ve done our part. And as I walk off into the city streets, a final word to the men and women of the Reagan revolution, the men and women across America who for eight years did the work that brought America back. My friends: We did it. We weren’t just marking time. We made a difference. We made the city stronger, we made the city freer, and we left her in good hands. All in all, not bad, not bad at all.

Ronald Reagan’s Farewell Address to the nation, delivered from the Oval Office on January 11, 1989.

I suppose in my mind and heart I have romanticized the Reagan Presidency but I see it as a wonderful time in my early 20s. 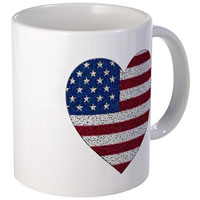 Oh, don’t go there. Carter is a wonderful man, a fine humanitarian. He was not a great president.

I remember the horror of hearing that President Reagan had been shot, and then laughing with the rest of the country has he told his beloved Nancy “honey, I forgot to duck.”

I remember the first time I heard him speak in person, and several other opportunities when I had the privilege of hearing him.

I remember standing on the National Mall on January 20, 1989 and watching as the helicopter flew over the U.S. Capitol Buidling one last time as the Reagan’s departed for California.

I remember watching his brave wife as she dealt with his Alzheimer’s and then his death.

I remember his funeral in 2004 when America said goodbye.

We haven’t seen another leader like Ronald Reagan, as much as the Republican party has tried to find one, and we may not in our lifetime.

We were blessed as a nation to have him as President.

I was blessed as a young man and political operative to live in Washington during his Presidency.

Not bad, not bad at all.