Government’s first duty is to protect the people, not run their lives.

Oh, how true that is that we’re all better off when we can manage our own lives and resources.

And oh how, depending on your political viewpoint, we can all take that statement to mean something entirely different.

Truth is I grew into politics out of the religious right. These days I’m a lot more libertarian and, if you’re a long time reader, you know that in 2016 for the first time in my voting life, I cast my vote for the Libertarian candidate.

In spite of the fact that I’ve spent over thirty-five years in government and public policy, I’d pretty much be happy if the government took care of our national and domestic defense, and the nation’s infrastructure and left the rest to the people, or at least to the states…that’s a start. 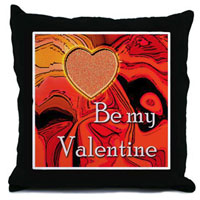 It’s not too late to get your Valentine and original gift from The Write Side Shop (click the pic).

That’s a bit simplistic and of course will never happen. Still, I think we should all be able to get to the point of agreeing that the answer to our problems is rarely, if ever, another government program or regulation, especially at the federal level.

So for me, any progress (not necessarily in a progressive sort of way) that can be made in that regard is generally a positive thing.

That’s why I can’t just ignore the news, or the Facebook feed. I’m just not wired to ignore it.

What I’ve learned, however, is that there are ways to care without screaming about it on social media.

Trust me, I learned from experience.

We’re not going to make any progress (again not necessarily in a progressive sort of way) as long as we’re shouting, or rioting, or posting memes on social media (even if they are snort-worthy).

The best solutions are not going to come from Washington, or Richmond, or from wherever your respective “seat of power” may be.

Solutions are going to come from each of us.

For far too long we’ve looked at the government to solve the problems of violence, poverty, education…[insert your favorite cause here] and more.

And with every government solution we’ve lost a bit more of our freedom.

Sure, we say, I’m willing to surrender that part of my freedom in order to have this part of society work.

The question then becomes where do we draw the line?

The reality has now become that the line is never drawn.

I realize that being actively involved in government and politics may be distasteful. It may be frustrating. And it may be the very thing you want to avoid.

But, consider that more than 40% of the eligible voting public did not vote in the 2016 election. Neither candidate got a majority of the vote.

And before you get all het up and leave here without sharing this post or visiting my CafePress shop and spending money, let me just say that the over reaching is not exclusive to Trump or Obama.

Showing up at the polls matters.

We, the voters, are the only means toward limiting our government.

Heaven knows the government isn’t going to do it. They’d only come up with a Department of Limiting Government Department.

None of us wants to sit through that confirmation hearing.