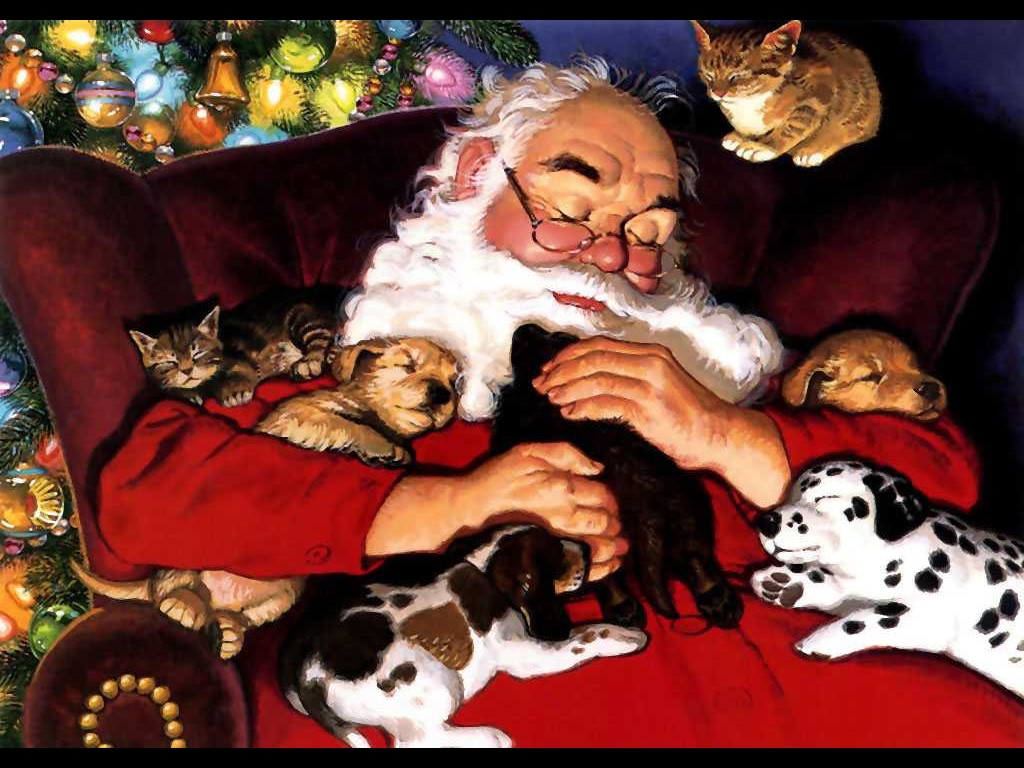 The Bible is the best of all books, for it is the word of God and teaches us the way to be happy in this world and in the next. Continue therefore to read it and to regulate your life by its precepts.

American jurist, politician, and first Chief Justice of the United States John Jay was born on this day in 1745 (died 1829).

Don’t look at me, I’m just quoting one of the founding fathers. Read some history. It will do you good.

I’m fresh off of a very busy (last) week and weekend.

Whilst I was supposed to see a show Thursday traffic delays from a business meeting prevented that excursion. But Friday night I saw the one man presentation of A Christmas Carol at Gayton Kirk. Put it on your calendar to check it out next year. It’s well worth the trip.

Saturday I saw the premiere of The Gift Exchange at Huguenot Community Players. Also destined to become a Christmas classic.

But Saturday and Sunday afternoons I had my first professional gig as Santa Claus at an undisclosed pet store location. If you know, you know.

If not, we Kringles don’t divulge our secrets.

It was actually fun work. There were big dogs, and small dogs, and happy dogs, and scared dogs. Saturday I saw one cat and two guinea pigs.

And, as I suspected, I felt a little magical in the suit.

I’ve been toying with the idea for a few years now, you may recall this.

Now, along with the writing and the other acting, I’m looking at this as a possible retirement gig.

What do you think?

I need the Santa suit. I need, or would like to, go to Santa school.

Neither are currently in the budget. Yet.

Feel free to endorse this idea by hitting the tip jar on your way out.

Then there’s the whole question of whether it makes sense to add anything else to my want-to-do list.

I mean, there’s still the script, and the novel, and the other acting…and the dang day job.

Way back in college, when it was a much more appropriate song for me to sing, I performed Corner of the Sky from Pippin in a couple of variety shows. Trust me, I’m way too old for that song, but Pippin sang:

Nearly forty years later, I know I’m not going to have it all.

I don’t even know where I’d put it if I did. Santa’s magical toy bag and/or Hermione Granger’s magical purse aren’t readily available through Amazon.

For what it’s worth by the end of the show Pippin realizes he also isn’t going to have it all, and he’s okay with that.

As a side note, if you’re casting the show, I’m not sure I was ever right to play Pippin, but I could totally rock the part of the king.

Here’s the thing, the Santa gig was fun. I’d like to do it some more. There’s a chance I could parlay that into a good side income.

But I can’t do everything. So I have to make choices.

The efficiency, and productivity experts out there will tell you to narrow your focus. Pick a few things to focus on. They’re absolutely right and I didn’t charge you $497 for that information. Feel free to hit the tip jar on your way out.

Over the next couple of weeks, I’ll be taking some time (when I can find it), to map out the projects and pursuits for 2017. I don’t think any of us are going to be sad about saying goodbye to 2016.