Nola finally gets her post. My son has nagged me about this for quite some time.

She knew from the packing of the clothes that something was up. What she didn’t know or understand was that her boy was leaving her. 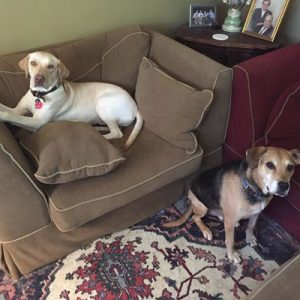 What she understands even less is that it’s only temporary. When he gets a place in Atlanta where she can join him, she will.

We don’t know her origins. The story of how she got to us goes like this.

For most of 2015 my older son lived in Atlanta working various survival jobs and attempting to make his way in the film industry. In October his roommate took a road trip to New Orleans. On the way back the roommate and traveling companion encountered a pack of dogs. A young, small, malnourished dog was traveling with them, but she was being picked on by the other dogs.

When said roommate and said friend approached the dogs, this one came towards them. They took her home to Decatur, introduced her to our son, helped get her to the vet and checked for a microchip and found none. 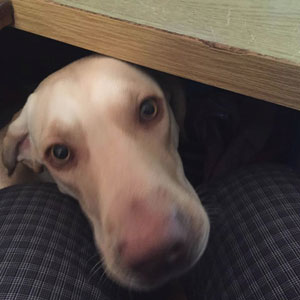 Are the thunders gone?

And soon, Nola, thusly named for the trip on which she was discovered, had found a home, and a boy.

Fast forward two months and circumstances brought the boy home for a reassessment and readjustment of career and priorities. It happens. It happens to a lot of twenty-somethings. It happened to us.

So Nola came along. Of course she did. We were skeptical at first as to how Nola would get along with Nic, our neurotic Shepherd/Pit mix. There were some tense moments in the beginning but some ten months later, they’re the best of friends.

Of course the family had a more difficult time upon Nola’s arrival. They moved back in with us just before Christmas. On New Year’s Day, Nola became a woman. That’s right, she went into heat before we could have the surgery scheduled. Just try and imagine, if you will, putting underwear and/or doggie diapers on a then 60ish pound dog. It sounds comical, and it was.

It was also no fun.

But we got through that and eventually even the cat accepted Nola as a part of the family. Don’t get me wrong, he still doesn’t like her, but he’s accepted the fact that she’s here. 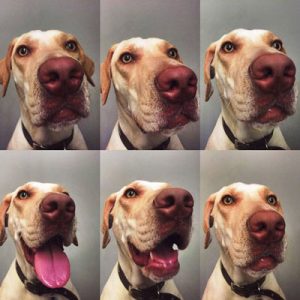 She’s a bundle of energy and love and still hasn’t quite learned to not jump. Whatever her native language is, “No” is apparently not part of the vocabulary. But she tells us when she needs us, or when she needs “out.”

Her favorite place to sleep has, of course, been in our son’s bed. I have a feeling that Mom and Dad’s bedroom just got a lot smaller.

Nola doesn’t like thunderstorms and generally ends up under one of our desks at the sound of thunder. I often hear her on the stairs before I hear the actual thunder.

So, it’s been a little crazy and we’re sorry, your invitation has not been lost in the mail. It’s not been sent.

We’re working on that. It’s just difficult to have company with two excitable 70-ish pound dogs.

True story, on Halloween we turned off the lights and stayed inside because we didn’t want the dogs going ballistic every time the doorbell rang.

It’s funny, Nola took some getting used to. She’s adorable, but she’s far from small.

She’s come to love us, love her brother Nic, and get a great deal of amusement from her step-brother the cat.

But she’s going to miss her boy.

He flew to a wedding in Indianapolis this past summer and was gone for almost a week visiting with friends. Every day she’d stare out the window at his car and not be able to understand why he wasn’t home.

Thursday night as he was sorting clothes and Friday as he packed his car, she knew.

It will take her a while to get used to him not being here. To not seeing his car or not hearing the horn when it locked.

She’ll get used to it. Just like we’ve gotten used to having two very large dogs.

Still, it may not be as tear-jerking as those videos of dogs seeing their soldiers return after deployment, but she’ll be happy to see her boy. 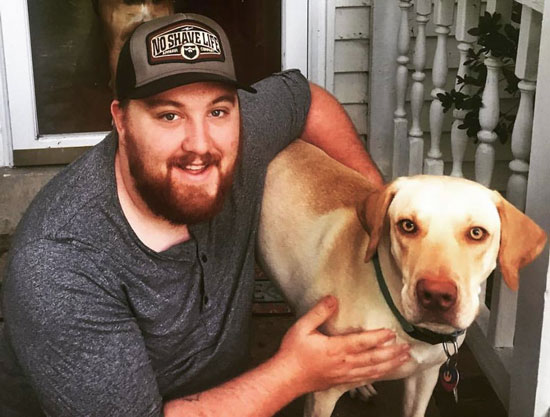