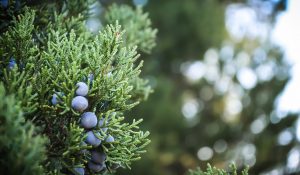 Margaret Mitchell’s novel Gone with the Wind was published on this date in 1936.

It’s June 30th and we’re halfway through the year.

Admit it. 2016 has been pretty sucktackular.

Is it New Year’s Eve yet?

No, it’s not, and we need to stop wishing that it is.

True, as we look forward we’ve got another four months of the Presidential campaign…and they aren’t even officially the nominees yet.

With their negative ratings, I don’t know how either of them got to where they are. But, they did. And one of them will be President.

I, on the other hand, am leaning toward a third party candidate.

Throw my vote away? I think not.

I would say that a wasted vote is voting for anybody you don’t believe in. If you believe in the third party, that’s the guy you need to voice for. That’s how you change things.

Maybe my vote won’t change things. If enough of us voted that way, perhaps it could.

But neither will I allow my vote to change me by voting for the lesser evil of two evils.

Don’t argue with me here. You may love Hillary or Donald, that’s your business.

This, however, is my blog and my business and I think they’re both crappy choices.

We’ve got six months to make it a better year. We can do that in spite of the elections.

The fact is, regardless of who is elected they’re not going to fix your life. They’re not really going to make things better. In fact, probably just the opposite.

The challenge is to take the awfulness presented us and do something good with it.

We don’t have to settle for the second half of 2016 being equally sucktackular. There’s no use worrying about things we can’t change.

Scarlet wouldn’t want it any other way.

You just have to believe that tomorrow is another day.