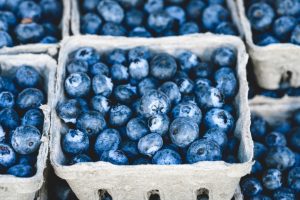 What in the wide, wide world of sports is a-goin’ on here?
Slim Pickens as Taggert in Blazing Saddles

No, that’s not the full quote. And no, political correctness would mean they couldn’t get away with producing Blazing Saddles today.

I actually hadn’t seen the movie in years, except for when the sanitized version would occasionally show up on cable. But a couple of summers ago my older son and I went to a midnight showing.

I’d forgotten how irreverent and how totally politically incorrect it was.

And how much fun it was to watch all over again.

I’m not going to go off on this too much, or maybe I am. But I have to roll my eyes at all of the stories about college aged students or others needing their safe places when someone calls them names that hurt. Or, worse yet, writes in chalk on a sidewalk.

There are so many politically incorrect things that I could say now…and maybe one day I will.

I am saying that a lot of stuff is labled hate speech when it really isn’t.

These days a celebrity, or a politician, or anyone who makes news, can’t crack a joke or can’t even stumble over their words without it blowing up the internet.

Honestly, when did we become so weak?

I got called names in school. I was made fun of. Sometimes it hurt. Sometimes I shrugged it off.

What it really did was fine tune my sarcasm skills.

Life isn’t easy, and it’s not all designed to make us feel good.

Sometimes our feelings get hurt. We can cry about it. We can demand that the bully be reprimanded or silence.

And while silencing the offender may be appropriate what we can really control is our response.

No, it’s not any fun when people laugh at us or call us names.

Or don’t let us join in reindeer games (let it go, you know I had to go there).

But surely our reaction says more about us than the actual name-thrower says about them.

That’s not worded very well, but hopefully you get the point.

Reba McEntire put it this way:

To thrive in life you need three bones, a wishbone, a backbone and a funny bone.

I’m trying to think of a pithy way to close this post. All I can really come up with is that perhaps we all just need to lighten up a little bit.