It’s Friday and we have a three-day weekend ahead of us. Monday is Independence Day.

The United States doesn’t look so bad for 240. A few battle scars. A few extra pounds. And a bit of a temper from time to time.

Still, in spite of her flaws (which are many) she remains the grandest country on earth.

The weekend will be full of parades, picnics, and fireworks. It will be a grand ol’ time.

I don’t remember many specific July 4th celebrations growing up. I think there was usually a family picnic. But because my birthday falls on July 3 (the tip jar is open), the celebrations seem to morph together until I got older.

When we lived in the Washington, DC area we used to love driving up to Capitol Hill and finding a place to park and watch the fireworks over the Washington Monument. It just doesn’t get much better than that.

I’m not sure what it is about the “bombs bursting in air” that makes us so excited.

Or what it is that, for a few minutes of bright lights and sulfur smells we’re all one big happy family.

Then it’s time to go home and we flip each other off in the parking lot.

Already it seems like summer is slipping away too quickly. 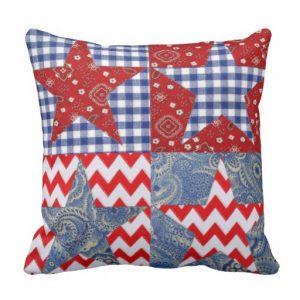 This design and more available at Historic Occasions (click the pick)

For me, I’m fresh into a new Moleskine notebook today. I’m also taking this month to wrap up a certain year-long writing project. I started late July of last year vowing to write at least 500 words a day. I increased that to 1,000 somewhere along the way. I’ve made it most days.

The challenge to put that many words together has been both difficult and rewarding. Sometimes it’s been all I could do to BS my way through to the end of the count.

But, along the way I’ve come to be able paraphrase Samwise Gamgee, ‘That there’s some good in the world, Mr. Frodo, and it’s worth “writing” for.’

So, for that reason, I’m jump starting some other writing projects that have been dormant for a while. I shan’t brag about them yet, not until they’re brag-worthy, or at least…written.

In this week’s version of “We Have Lost Our Minds” police were called in to an elementary school in New Jersey when a third grader made a comment about brownies deemed to be racist.

As Jeff Katz on WRVA put it “bad crap crazy.”

And that’s being kind.

Also on this day in 1963, ZIP codes were introduced for United States mail.