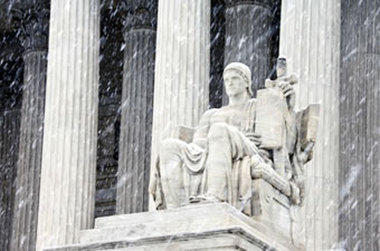 It’s Monday again. For me, it’s a holiday. There’s also snow, so I’ve sort of been cheated out of a day off. But there’s nothing I can do about that.

I’m using the day to catch up on writing and other projects. So, you’re getting a bit of randomness.

After this weekend’s news of the passing of Justice Antonin Scalia I was going to write a post about the nauseating responses on social media. To coin a phrase, I’m really not sure I have the stomach for it this morning.

But, you know me, I can’t quite let it go without just a few comments.

To the friend who posted on Facebook “that crazy bastard Scalia just died.” Really? That’s what you have to say about a man who served his nation and profession with dignity? Whether you agree with him or not, a man has died. I hope no one ever says that about someone you love or respect. Show some freaking humanity.

And it might do lots of folks some good to look up the articles circulating regarding the friendship between Justice Scalia and Justice Ginsberg. Talk about opposite viewpoints. But they were friends. Friends who had different viewpoints, but who respected each other. What a concept.

For those on the right who are implying that the Senate has no obligation to address or confirm a nominee from President Obama, just remember that, whether you like it or not, he’s the President until January 20, 2017. It’s his job to nominate someone.

HOWEVER, for those of you on the left who are pointing that out and using the example of President Reagan’s nomination of Justice Kennedy…read some history. Go Google the name “Robert Bork” and get back to me before you start judging Senate Republicans.

BUT ALSO HOWEVER, only one President in U.S. History has a record of voting to filibuster the nomination of a Supreme Court Justice. That would be the one who said over the weekend, “that we can avoid the political posturing and ideological brinksmanship that has bogged down this (Supreme Court nomination) process, and Congress, in the past” [ABC News]. That’s right, in 2006 he joined his now Secretary of State, then Senator John Kerry, to vote to filibuster the nomination of Justice Samuel Alito.

In one of the most interesting speculations I saw over the weekend was the question of how the passing of Justice Scalia would affect the case of former Governor Bob McDonnell. [Richmond Times-Dispatch]

I thought justice was blind, not partisan.

Then again, I’m no legal expert.

Then again, again, the legal experts aren’t exactly doing any of us any favors.

I have to be careful here not to wade too far back into the political mess, because what I really want to do is scream for everyone to get out of the sandbox.

That’s a bipartisan statement. I’m not so sure a clean slate would be such a bad idea. It’s just not likely to happen. So we have to make choices.

It’s hard to have much hope in the choices because the GOP debate in South Carolina on Saturday night was a whole buttload of ugly.

I got over that naiveté pretty quickly. And there were empty bourbon bottles to prove it.

Still, for a long time I believed I could make a difference. And, sometimes the reality that I couldn’t still makes me sad.

Watching the hatred and venom that was being spewed this weekend was distressing. I can’t fix that.

So, a while back I made a conscious decision to try to make the world a better place through the arts, through writing, acting, and producing.

It’s true that news weekends like this tend to make me want to jump back into the fray and to scream and shout about it. Then I have a second cup of coffee and tell myself to get a grip.

I realize that my audience here is small (you can make a difference by sharing my posts). But maybe someone reading this will get the idea that we can all show a little more civility, even in our disagreements.

“Let us not seek the Republican answer or the Democratic answer, but the right answer. Let us not seek to fix the blame for the past. Let us accept our own responsibility for the future.”

Not even Justice Scalia would dissent.

Look for me on stage here: