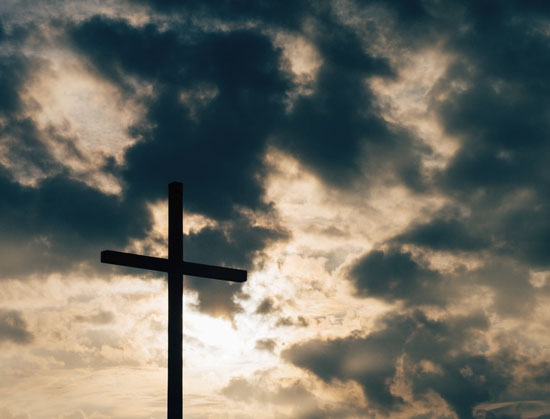 Watts is credited with writing some 750 hymns. When I Survey the Wondrous Cross has long been a favorite. Charles Wesley reportedly said that he would give up all of the hymns he wrote had he been able to write this one. In case you’re keeping score, Wesley wrote over 6,000 hymns.

When I survey the wondrous cross
On which the Prince of glory died,
My richest gain I count but loss,
And pour contempt on all my pride.

Forbid it, Lord, that I should boast,
Save in the death of Christ my God!
All the vain things that charm me most,
I sacrifice them to His blood.

See from His head, His hands, His feet,
Sorrow and love flow mingled down!
Did e’er such love and sorrow meet,
Or thorns compose so rich a crown?

His dying crimson, like a robe,
Spreads o’er His body on the tree;
Then I am dead to all the globe,
And all the globe is dead to me.

Were the whole realm of nature mine,
That were a present far too small;
Love so amazing, so divine,
Demands my soul, my life, my all.

Sometimes when the days are particularly hard, when life seems overwhelming, I’ll tune my Pandora station to the hymns.

I understand the thought that music and worship need to be more contemporary to meet the masses. And it’s true that some worship leaders do a wonderful job of blending the old with the new.  Still, there’s something about standing there with hundreds of voices singing in four part harmony from the hymnal.

The hymns take me back to my childhood, or my early adult years. A time which often seems to me like my faith was more solid. I was perhaps less cynical. Definitely less snarky.

I suppose it’s not correct to say that as I’ve aged my faith has faltered. I don’t think it has. But I must admit that I question organized Christianity a lot more than I used to.

If I’m not careful, I’m going to go down a path here that I don’t want to follow this morning. But let me just say that I can’t find anywhere in the Scriptures that tells me I’m supposed to fight for my rights as a Follower of Jesus.

I’ll just let that sit right there whilst I listen to the hymn.