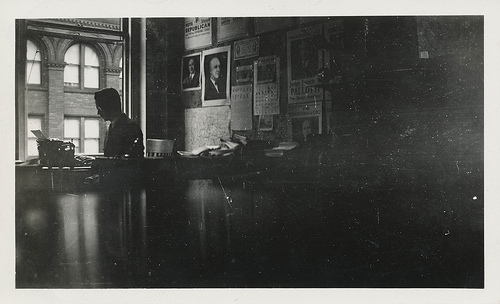 It’s hard to believe in Monday.

But, then again, if you’re doing what you really want to do then Monday is just more of that.

I don’t think it’s any secret that I’m not really doing what I want to do during the work day.
No, don’t get me wrong. It’s not bad. It’s a good job. It pays the bills.

But I need to believe that, by a fixed point in the future that I won’t reveal, that I’ll be
writing full time.

I’m working on it. I’m listening to the experts and figuring out how they’ve done it. The novel
is almost done.

Again, I’m not going to give the number, but I have a countdown. That includes a countdown for
publishing what I hope to be the first of many books.

I’ve been participating in an online writing/marketing summit over the last week. Here’s
something I learned.

If you’re going to write you have to decide that writing is important to you.

Seems simple. But I wish someone had said it to me that simply to me years ago. I have always
wanted to write. In fact I’ve always been writing. But it took me a long time to be serious
about making it my vocation, not just my avocation.

The summit has given me a much needed kick in the pants, as well as some practical things I need
to be doing to move toward publication.

It will be a challenge. Starting last night I have entered a season where every night for the
next two weeks I’m in rehearsal, or a production meeting, or working at or attending another show.

But what I have to do in the process is carve out the times when I can still write. They’re
there.

I know what I have to write. Probably more now than ever. I’ve got a list of things to write and
have to struggle to stay focused on just one.

Maybe you have the same struggle with your goal, your dream. Here are some steps that should
help. For me, it’s writing. Your focus may vary.

Write every day – that means picking a time to sit down and write. I’m challenging myself to
write at least 500 words a day for the next month.

Turn off the distractions – That means log out of Facebook and Twitter. Don’t refresh the email.
And for me it means turning off Netflix or whatever show I’m catching up on. I don’t watch much
television. But I watch enough.

Believe you can do it – you can, and don’t let anyone tell you that you can’t.

That’s a big one.

Don’t let anyone tell you that you have to accept a job or career that doesn’t make you happy. Go
for it. Chase those dreams.

Believe you can do it.

photo credit: Man in silhouette types in an office via photopin (license)