The show(s) must go on 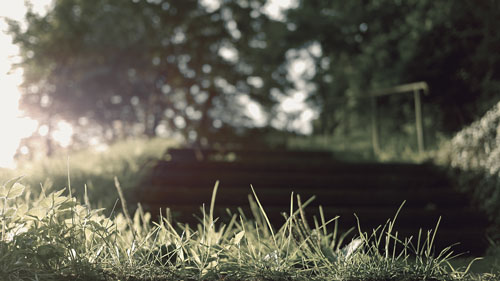 “We have so much time and so little to do. Strike that, reverse it.”

How can it be that September is almost half over? It seems we just got back from the beach. I still have a pair of sandals on the deck that I left out for the rain to wash off the sand. Oh…wait…I said I’d stop talking about vacation.

Then again, I could use a vacation.

Seriously, with rehearsals for two, soon to be three, shows. With writing assignments and deadlines. With the regular job. With yard work that just won’t go away. Let’s just say I’m staying busy.

And let’s just say I’m fighting this cold trying to attack me with everything I’ve got.

In spite of all that, there’s news you need to know. For much of it this week, it’s a serious case of

“We Have Lost Our Minds.”

As the nation was commemorating the attacks and the sacrifices of 9/11, in Michigan Lieutenant Colonel Sherwood Baker, who has served in the Army for 24 years, was asked to leave his daughter’s high school because he was in uniform. According to his wife, “Before he was allowed in, the security guard stopped him and said sorry your not allowed in the school. Security told him men and women in uniform weren’t allowed because it may offend another student.” [Fox Detroit]

The school superintendent has apologized and has indicated that there is no policy to forbid uniformed personnel from entering a school.

But wait, that’s not all.

According to the teacher they were “both men who abused their powers.”

The school district sent a letter home to parents that said.

“The teacher admits to extremely poor judgment and short sightedness and will apologize to students. The school will also send a letter home to families explaining the incident and offering to address any additional questions should they arise.”

What they should have added is a line that said “We’ll let you know the name of your child’s new teacher.”

In Arkansas, it’s the cross they cannot bear…

Arkansas State is removing a cross decal from the back of team footall helmets after those lovely people at the Freedom From Religious Foundation complained yet again. [Huffington Post]

Wearing the cross decal was voluntary and was designed to honor former player Markel Owens and equipment manager Barry Weyer, who both passed away this year. The decal carried their initials.

Someone needs a spanking…

And it may or may not be Minnesota Viking Adrian Peterson. Peterson turned himself into authorities after being indicted for disciplining his son with a switch. [LA Times]

Was it excessive? I don’t know. Neither do you and neither does the doctor who turned him in. It left a mark.

Trust me, I know those marks. I’m of an age where school teachers still applied the Board of Correction. I understand that’s not politically correct any more.

I have a history of working with abused kids in foster care, so I’ve seen abuse. I’m not sure this is. Hopefully, time will tell.

What’s more concerning to me is the excessive government intervention.

I’ll leave it at that for now.

Radical Islam is closer than we think.

The University of Richmond community was saddened in June with the death of UR sophomore Brendan Tevlin of New Jersey. Tevlin was shot multiple times when stopped at a red light. [Richmond Times-Dispatch]

Now reports say that suspect Ali Muhammad Brown may have conducted this as vengeance for U.S. military action.

Brown is also charged with shooting two men in Seattle and another death in April.

According to court documents, Brown said, “All these lives are taken every single day by America, by this government. So a life for a life.”

Like I said on Thursday, they don’t want to co-exist.

It’s time we understood that.

Now go. do what you can to make this world a better place.  Start with sharing this post.