So, what are you afraid of? 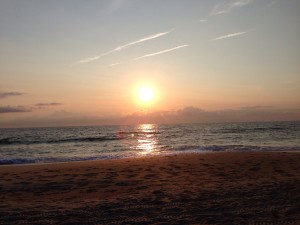 It’s funny sometimes how I’ll wake up with a totally random earworm. A song will be playing in my head and I just can’t figure out “why that song?”

Yesterday, on my first day back to work it was “Heaven on their Minds” from Jesus Christ Superstar. As a side note, JCS was the first rock opera/broadway album that I owned.

But in the song Judas is telling Jesus that things are going wrong.

I remember when this whole thing began
No talk of God then, we called you a man
And believe me
My admiration for you hasn’t died
But every word you say today
Gets twisted ’round some other way
And they’ll hurt you if they think you’ve lied

Of course Jesus has a different response than what Judas wanted to hear. We all know how the rest of the story goes. If you don’t know, you should go read it. Seriously.

So, what’s the point of the song? Why did that song pop up in my head on my first day back to work after vacation? Not a clue. I haven’t listened to it recently. Haven’t thought of the show recently.

Is there some deeper meaning that I’m missing?

Maybe it means that something really, really bad is going to happen but will all turn out well in the final chapter (after reading the Gospels, and a few or more of Paul’s letters, check out Revelation).

Or maybe it’s just that vacation cleared a bunch of cobwebs out of my mind and there was room to remember other random stuff.

I have a unique ability to remember random stuff. Unfortunately it’s not generally the useful stuff.

I realize that my family is very fortunate to get to spend a week on North Carolina’s Outer Banks most summers. We are very thankful for that.

I also realize that a lot people not only don’t get to make it to the beach. Either they don’t get time off or, if they do, they can’t afford the trip.

And I realize that there’s a lot of ugly going on in the world right now.

So, when I post my #morningcup from the beach (you should be following me in Instagram, there’s a link on the right), or post the sunrise, or sunset (swiftly flow the days) there’s a certain sense of vanity that says “I’m here, and you’re not.”

That’s not my conscious intent. But I did think about that more this time around.

Then, as I said yesterday, it was a week of ugly news with the suicide of Robin Williams and the shooting of Michael Brown. That doesn’t even get started on the persecution of Christians in Iraq, the conflict in Gaza and in countless places around the world.

How can all of this be happening and I get to go on vacation?

There are bad things that happen in the world. There are inequities. Those of us fortunate to enjoy some of the blessings need to be mindful of that. And we need to be thankful for the bounty that we have.

Likewise, we shouldn’t squander it. Nor should we take it upon ourselves to believe we have to fix everything.

As believers we pray. As citizens we vote, and voice our opinions. As residents of the wealthiest country in the world, we give.

We’ve all seen the videos over the past week of the ALS ice bucket challenge. They’ve raised awareness and millions of dollars for ALS research. (For the record, do not tag me. I will not do it. My reasons are my own.)

But as the challenge went on we heard people criticizing the challenge because it was wasting water. There’s a certain truth to that. At the same time, it’s not like there’s a realistic way to get those buckets of ice water to the areas where water is in short supply.

Yes, we should be conscientious about wasting water. But I’m not sure that’s the reason to criticize the challenge.

Perhaps a reason to criticize it is that, as Seth Godin notes today, “According to recent data about the ice bucket challenge making the rounds, more than 90% of the people mentioning it (posting themselves being doused or passing on the word) didn’t make a donation to support actual research on an actual disease.”

Tell the truth. How many of you that actually did the challenge also sent $10 to ALS?

What? You didn’t realize that was part of the challenge? Ice and ten bucks, or no ice and a hunnert?

I’m not sure exactly where I’m going with this post. Maybe it’s totally random like the earworm.

Or maybe what I’m trying to say is that we should be thankful for what we have, and not feel guilty for having it.

At the same time, we can’t ignore the ugly. We can all do something to make this world a better place (reach out and touch).

My blog posts aren’t going going to fix the problems in the world anymore than your cold, wet t-shirt is going to end ALS.

But, maybe they’re a step in the right direction.

We know only too well that what we are doing is nothing more than a drop in the ocean. But if the drop were not there, the ocean would be missing something.