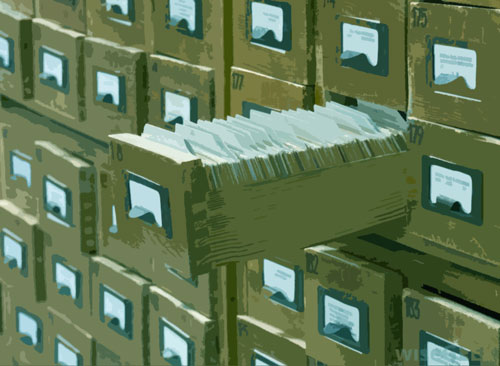 Seriously, how did we find out information before Google Search?  The fact is, you can find information on just about anything by searching Google, or the search engine of your choice.

Granted, what you find may or may not be correct.

But in the past 48 hours, Google Search has been my friend and has helped me answer not one, but two questions when otherwise I would have been forced to plead ignorant.

For the first one, I was talking about my role as John Allan in the upcoming Poe’s Haunted Homecoming Tour.  We’re currently rehearsing in Shockoe Hill Cemetery.  Yes, I said cemetery.

John Allan was Edgar Allan Poe’s stepfather.  They were not necessarily fond of one another.

But at an audition for yet another show, after telling a friend what I was doing, the friend asked if I could name the two most famous people buried in the cemetery at Richmond’s St. John’s Church (the site of Patrick Henry’s famous speech).  I could not.

So, he told me George Wythe and Edgar Allan Poe’s mother.

“Not true,” I said “Poe’s stepparents are buried in Shockoe Hill Cemetery.  I’ve stood at their graves during rehearsal.”

Turns out we were both right.  Edgar Allan Poe’s birth mother, Elizabeth Poe is buried at St. John’s Church.  His stepmother, Frances, the wife of John, is buried at Shockoe Hill Cemetery.

Then, Monday morning I get this text from my son.  He’s sitting in chapel at Asbury University and has a question about something the speaker just said.  I suppose I should be glad that 1) he’s actually in chapel, and 2) he’s listening.

The question was…”Can you recount Bilbo’s birthday from the books for me?  From the arrival of Gandalf?”

I’ve loved the books for forty years, and the movies for almost fifteen.  But to do that without the text as a reference?

Seems the chapel speaker had referenced the party, and Gandalf’s knowledge of the ring.  Basing this on what I could decipher from text messages, the speaker said that Gandalf knew at the party that Frodo had the ring and that it was the one ring.

Of course that’s not correct in either the book or the movie version.

Truth is, Gandalf helped Bilbo with his little distraction at the party (not like the movie where he voiced his displeasure) and then was off for some seventeen years before he came back to verify that the ring was indeed the one ring.  Frodo got the ring as an inheritance.  After Bilbo left.  Not at the party.

Anyway…go read the books. I know I need to again.

But I was able to verify that much of timeline again through Google Search.  This time it took a little longer since I was operating with a loaner laptop, mine having been left at home in my rush to get to the YMCA.  The loaner did not have Chrome installed, and I wasn’t authorized to install.  So I searched through Explorer.

My son was right, I would have been better off with a hard copy.

Still, I found the information.

But what does that say about our ability to learn things and to research things?

As a writer I know that it’s far too easy to quote from Wikipedia which is, at best, a questionable source.  I’ll generally start there and then verify that information.

In one sense, having all the information you need literally at your fingertips is a great thing.  But it seems it has also made us lazy.

When was the last time you went to a library to look something up?  I can’t name a date.  I’ve checked out books and DVDs, but I’m not sure I’ve done actual research at the library.

In my day (great, here comes the old man crap), we had to copy our information onto index cards along with the source.  We used those to put together our research papers.

In my other current role as Dr. Watson in Sherlock Holmes: The Final Adventure, I have the opportunity to look up names in Holmes’ index.  I pull out information written on a card.  Google was not available in Victorian England.

It makes things a little more complicated in our household when the 14-year-old thinks he’s had all the school that he needs.  After all, he can find anything he needs on the Internet.  Right?

Don’t get me wrong.  The Internet is a great tool.  And it really is cool to be able to continue a conversation that starts with “who was in that movie?” when you can go to the IMDB app and find out, or you can look up lyrics to a song.

Or find out which Poe is buried in which cemetery.

It’s just important to remember that the Internet, and Google Search (or search engine of your preference) are tools.  They help us find what we need to know.  They don’t, or at least shouldn’t, serve as a replacement for good old fashioned research.

But it does save on the cost of index cards.