Why I’m Not Voting for Eric Cantor on Tuesday 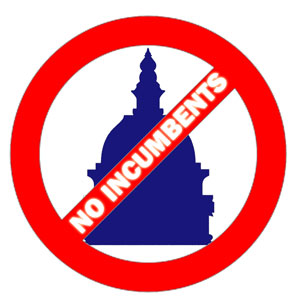 I’ve tried to step out of politics. I’ve been pretty successful over the last few months. I do keep up with what is going on. I’ve just tried to stay out the conversation.

See, it’s sort of like an addiction. You can’t have just one.

That being said, I have to speak out about Tuesday’s Congressional Primary.

No, it’s actually not because I’m a member of the Tea Party. Or because I think Eric Cantor is a “RINO.”

I just think he’s been there long enough.

I know the arguments that he’s the highest ranking Virginia Republican and that he’s in a position of leadership in the House of Representatives.

I just happen to think that’s come at a high cost to the residents of the 7th Congressional District.

I really was going to stay out of this. Last year’s mess between Bolling and Cuccinelli and the late-great unpleasantness with the McDonnells just turned me off. I was tired of arguing. Tired of losing friends on Facebook. I may lose a few more with this post.

But I’ve been so thoroughly disgusted with the Cantor campaign this time around. He’s distorted, if not outright lied, about his opponent. As I said on Facebook last week, if Cantor’s record is so stellar, why does he have to lie about David Brat?

The calls, the mailers, the ads have been incessant. And, they’ve been nasty.

Then again, they were motivational. Just not for their designed purpose.

I know it sounds Tea Party-ish to talk about the Founding Fathers. But our founders were absolutely right when they created the citizen legislature. Political office was never meant to be a career. Never meant to be held by people who think they have a right to be there.

Cantor’s far from the only one with that disease. It’s in the water in Washington, DC. It happens to the best of them.

The bottom line in this race for me?

One of Eric Cantor’s ads says that he’s working for us and not Washington, DC.

With all due respect, Eric Cantor IS Washington, DC.

I’m voting to let him spend more time at home.

Get your “No New Incumbents” gear at The Write Side Shop.