I left the flash drive in my other suit 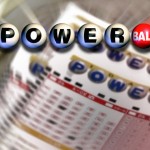 I almost bought a Powerball ticket this morning. Almost.

After all, tonight’s jackpot reaches $400 million.

I’ve often joked that my chances of winning without buying a ticket are almost as good as if I bought a ticket. Almost.

I don’t know that I was stopped from buying a ticket this morning from any sense of morality. The truth is, I looked at the form and decided “I don’t know what the heck I’m doing.”

I’m not even sure I was looking at the right form.

I suppose on some level that could be considered embarrassing. But why? If I don’t play, I don’t need to know how to play. Right? It’s more embarrassing to me that I don’t know how to replace a toilet (and yes, that one I’ve tried, and failed).

I will admit that I play the Publisher’s Clearinghouse Games on the Internet. It takes about fifteen minutes of my day when I’m multitasking and doing something else. It costs me only time. And the occassional magazine.

Way back when, I voted against the Virginia Lottery. Consider all the usual arguments. It’s immoral. The government shouldn’t be involved in gambling. It’s “the poor man’s tax.” Those are probably all at least somewhat true.

I don’t think any financial advisor will tell you it’s a good investment.

I won’t get into the debate over whether the lottery provided the funding for education that it promised. That depends on who you ask. But what I do know is that the education establishment still says they don’t have enough money.

For me playing the lottery is a waste of money. Your mileage may vary. Please don’t forget me when you come into your kingdom.

May the odds be ever in your favor.