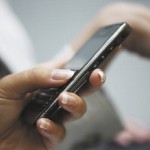 Where were you when you got the Amber Alert?

I was taking my lunchtime walk on Brown’s Island in Richmond. I was happily listening to Pandora radio when the beeps came in. Beeps I’ve not heard before. It was not the usual siren that VCU uses as their alert system.

A look at my phone told me what it was and I was able to clear the message.

But I’m not sure how I feel about actually getting the message. I didn’t, to my knowledge anyway, sign up for this. According to the National Center for Missing and Exploited Kids:

The alerts are transmitted simultaneously to all mobile devices within range of the cellular carrier towers in the affected area. The system does not need to know your mobile number and it does not track your whereabouts; it simply broadcasts the alert, and any mobile devices that can “hear” the alert will display it to the user.

So if I’d had the volume off I wouldn’t have noticed the message until I looked at my phone.

The good news is that the little girl in question has been safely found. And that’s more important than any inconvenience to me, even if it did interrupt a favorite song (which Pandora picked back up without missing a beat).

But this government intrusion is more than just a little creepy. Sure we’re told our phones are not being tracked by this system. I guess that could be true. After all the NSA has other ways of following us. And yes, I”m aware that my iPhone gives me the option to turn off the notices. Not my point.

It’s a question we’ve struggled with as a nation for a long time. How much privacy are we willing to give up in the name of safety and security?

Don’t get me wrong. I’m all for doing whatever it takes to find and save these kids. I’ve worked in foster care at the local level and in juvenile justice policy at the national level. I heard John Walsh speak in the early years of his activism after his son Adam’s death.

I’m more than willing to be a little inconvenienced if it means saving a child. In truth, I was merely startled because I didn’t recognize the signal. Next time, and I hope there doesn’t have to be a next time, I’ll know what it means.

Still, call it paranoia, but there’s a part of me that thinks this type of alert is eerily similar to loudspeakers on the corner blaring out the daily propaganda.

The choice for mankind lies between freedom and happiness and for the great bulk of mankind, happiness is better.
– George Orwell, 1984