How Obama May Lose the Catholics

And Now, We Do something About It 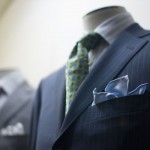 This is an update from my Crisis of Style in November.

My problem is that the job I want is writing from home. Or the beach. Or from my home at the beach. For that I need jeans and flip flops.

But my problem is I have to go through a job where jeans and flip flops aren’t appropriate in order to get to the job I want.

I’m okay with my current day job. It’s by far not my dream job and one I would never have imagined I’d be doing for, gulp, almost 15 years now. But it’s secure and pays well.

And in 905 days I can take early retirement.

That’s the plan anyway. To retire and write full time. Or at least part time enough to make ends meet.

Still, for now I have to make the day job work. The better position that I’m in when retirement actually does come the easier it will be to make that move.

That’s why at the beginning of the year I started wearing a tie to work every day. I have no illusions about a promotion or a raise. It’s simply something I’m doing to make me a better employee, or at least to make me feel like I’m one.

When I worked in Washington, DC a suit was standard attire. And even for several years after I moved to Richmond, I had a closet full of suits, shirts and ties.

Gradually, however, my office shifted to more casual attire. When that happened I stopped replacing the dress clothes and opted for more business casual attire. Nothing wrong with that.

At least there’s nothing wrong with that until you decide to change your dress habits for work.

I still have some of the suits I used to wear. But they’re woefully out of style now. Funny thing is, they apparently made men’s clothes a lot smaller in the 1990s.

So, I’m finding it a challenge to show up in shirt and tie every day. I’m not even trying for the suit every day.

A couple of weeks ago I found myself without a clean dress shirt on a Friday. Dry cleaning is picked up and delivered on Fridays (as well as Tuesdays). That’s when I made the decision to keep Fridays as business casual. That’s how this whole mess started anyway.

But it as a little disturbing to find that I no longer have enough dress shirts to make it through two dry cleaning cycles. I used to be able to do that with just white shirts.

Then there’s the shortage of ties. I still have a few ties bought at Nordstrom in DC some 20 years ago. A couple of them are classic enough to work today. I’ve added to that over the years, so I have a decent selection. But I also have a rather extensive collection of novelty ties.

There was a time when I would have worn Charlie Brown or The Cat in the Hat to work. But I’m beyond that now. So, while those ties have their place, around my neck in the office is not one of those places.

Complicating this, as if it it wasn’t complicated enough already, is the fact that I want to, no make that need to, lose a good amount of weight. Reality is I could drop 30 pounds and be comfortable in a couple of old suits. At least for a while.

I am not, however, inclined to go out and rebuild a wardrobe in my current size. What kind of incentive is that? If I feel too comfortable in my clothes, I’m going to be less inclined to want to do something to make them fit better.

All this is coming from someone who used to measure the value of things in terms of how many pairs of Levis he could buy with the same amount of money. These days I have one pair of comfortable Levis in my closet.

So I’m working on that style thing.

While I’d like it to be a world of denim and sweaters, I see some suit shopping in my future.

Just as soon as I get back from the gym.

Without question, I need to lose weight. But in the process I need to update the wardrobe.