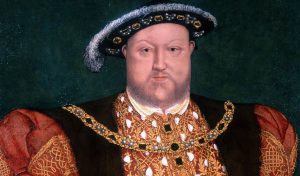 On this day in 1534, Henry VIII of England is recognized as the supreme head of the Church of England. 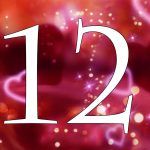 Today’s story is part of my ongoing project. Details when they’re necessary. Let’s just say that, like most of the stories in that particular project, there’s some truth, there’s some embellishment.

My first “real” job after college. That is after I spent six months collecting wastewater samples for an engineering firm, was as a social worker. Today’s story is a conglomeration of some of those experiences. Not all true. Not all factual. But it could have been.

“What thuh?” It took a minute to realize it was my work pager. I shut it off and checked the number. I slid out of bed and dialed.

“Yeah, this is Mike with Child Protective Services. I just got a page.”

Deputy Sheriff Larry Baker came on the line. “Sorry to wake you Mike. There’s been another altercation at the Wilson’s. Frazier and Simmons are there now with the ambulance.”

“Ambulance? My god, are the kid’s okay?”

“They’re fine. Jenna stabbed Frank in the back. It doesn’t appear to be too serious, but we’re picking her up and they’re taking him to the hospital. We can’t leave the kids alone. Can you meet me here?”

“I’ll be there in fifteen.”

I jumped out of bed, threw on some jeans and shoes. May mornings are still chilly in the mountains so I grabbed a sweatshirt. When I saw myself in the hall mirror I added a baseball cap and headed out the door. I didn’t have time to comb that out. Kids were in trouble. It didn’t matter what I looked like.

A few minutes later I pulled into the parking lot at the Sheriff’s office. Deputy Baker met me at the door.

We pulled up the dirt driveway the Wilson house as the ambulance was pulling out. Fortunately it hadn’t rained this week so we didn’t have to switch to the 4-wheel drive. In the pre-dawn light I could see the peeling paint on the frame house and toys scattered in the yard.

Jenna Wilson was sitting in the back of Sheriff Frazier’s car. She didn’t succeed in killing Frank with the knife but the glare on her face could have been a registered weapon.

“Drugs again?” I asked Frazier. He confirmed my suspicions.

“The kids are still asleep. Most of the fight took place out here in the front yard. The neighbors called when they heard the yelling, but we didn’t make it here before she stabbed him. Judge Farrier was pissed when I woke him up about the emergency removal order for the kids, but he said he would sign it. Do you have somewhere to take them?”

“Can we just stay here with the kids until I can call Ben and Amy?”

In a county this small everyone was related by blood or marriage so sometimes the rules could bend.

Deputy Baker and I went into the house to gather some clothes for the kids. The familiar herbal smell was only slightly masked by the smell of tobacco smoke and cat pee.

I turned on the hall light so that I could see into the bedrooms. The walls showed three or four layers of peeling wallpaper, none of which was put up by the Wilsons. I made my way through the toys and clothes on the floor to the room where the kids slept. In spite of the obstacles I knew my way. I’d been here before. Too many times.

The kids were still sound asleep. One, or more, of them needed a diaper change. Great.

Larry came with a couple of empty grocery sacks from the kitchen. We found a laundry basket full of what we assumed to be clean clothes, or at least clothes not on the floor, and tried to piece together an outfit or two for each kid. Ben and Amy Adamson were regular emergency foster care parents. Amy would have options and supplies, but it was always good to have something familiar for the kids.

Six o’clock rolled around and I gave the Adamson household a call.

“Good morning, Mike. Is this about the Wilson’s again? We heard it on the scanner.”

“Yeah, Frank’s been taken to the hospital. His injuries aren’t life threatening. Jenna is being charged with assault.”

“Bring the kids on over. Ben is getting ready to leave for work, but I’m here. I’ll see what I’ve got for 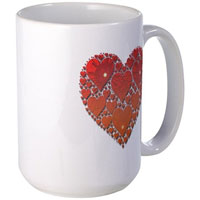 We woke up the kids. For a minute they were confused, but this had happened before.

“Good morning Mr. Mike,” said Maria, the oldest at just six-years-old. “Where are we going today?”

“The Adamsons.” I told her.

“Oh, we like them,” Maria said taking my ball cap off my head and putting it on her own. I let her keep it. I’d get it back from Amy like I always did. No child should ever get used to this but to the Wilson kids this was all too familiar.

Larry and I took the kids over to the Adamsons. Amy said she’d get them bathed and fed and that we could check back on them later. I told her we’d be by with the standard emergency supply kit. She said not to worry because she stayed prepared. The wings and halo weren’t visible, but I knew they were there.

I headed home to grab a shower and some clean clothes. I’d need extra coffee. It was going to be a long day.

At the office, coffee in one hand, notepad in the other, I walked in to Marty’s office and joined my co-workers for our regular morning briefing.

“As you know,” Marty began. “The Wilson children were placed in protective custody early this morning. Mike do you want to fill everyone in?”

I described the events of earlier that morning. I didn’t have to provide too many details because we’d told this story before.

“As soon as we’re done here, I’m going to go talk with Jenna at the jail and then see how Frank is doing in the hospital.”

“I’ll go along this time,” Melinda said. I was the only male in the office, but even I never went on domestic visits alone. I was either with a deputy or a fellow Child Protective Services worker. Unlike some of the women, I hadn’t yet obtained my concealed carry permit. Melinda had, but we hoped we wouldn’t need it at the jail or hospital.

Jenna wasn’t talking. All she would say was that the whole event was Frank’s fault and that she was afraid he was going to kill her. I was surprised to find her coherent enough to even tell us that lie.

Oh, Frank was no saint; he probably did want to kill her. I knew that if he tried, he’d likely succeed. Still, he wouldn’t do it with the kids around. At least I didn’t think so.

Later that afternoon we’d talk to the neighbors and get an account of what they heard. Since Frank and Jenna moved the fight outside I was sure we’d have some witnesses more than willing to fill us in on the details. Neighbors always seemed so helpful when the Welfare was interested in someone else.

At the hospital we found Frank’s room. He was hooked up to an IV and told us they’d given him two pints of blood. The knife didn’t hit any vital organs, but there had been a lot of bleeding.

Frank said that when he got home from work the day before that Jenna was strung out on her latest drug of choice. The kids were dirty and hungry. So he managed to feed them and get them into bed. Jenna passed out on the couch.

Around 3:00 a.m. he got up to pee and grab a cigarette. Jenna was still asleep on the couch but stirred as he walked by. When he went outside to smoke she followed him with the knife.

“I’ll cut your balls off you sonofabitch” she screamed and lunged.

The knife lodged in his back, but he managed to grab Jenna’s arms and restrain her on the ground. That must have been when the neighbors called the police. He didn’t remember much after that.

“Frank,” I began. “This isn’t the first time the two of you have argued but this seems to be the worst. We can’t let the kids stay in that environment. What do you plan to do?”

“But does she love you?”

“What can I say?” he said. “She stabbed me in the back. Why didn’t she just break my heart?”

In other news, I can’t let this day go by without mentioning that this 2.5 lb. bundle of joy turns 22 today. He’s a freshman in the honors program at Randolph Macon College. Happy Birthday, son.

Sen. Rand Paul to Newsmax: Common Sense on COVID-19 Has Not ‘Penetrated’ WH
Newsmax
On Wednesday’s ”American Agenda,” Paul said regarding President Joe Biden’s State of the Union address for March 1 that ”if he’s not completely tone-deaf,” he will change his policies on COVID-19. Read More.

Oscars: COVID-19 Vaccination Will Not Be Required for In-Person Attendees (Exclusive)
The Hollywood Reporter
The Academy intends to require just a negative PCR test or a negative rapid antigen test on the day of the event, unlike the SAG Awards and Critics Choice Awards, which will require proof of vaccination.  Read More.