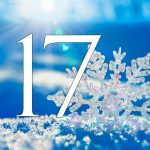 You keep using Dr. King’s words, but I do not think you know what they mean.

And, oh, they were Republicans.

At the end of the ceremony, Governor Youngkin, along with the Lt. Governor, and the Attorney General, and their spouses, led a prayer for the Commonwealth. It was beautiful, and moving.

There was a part of me that had a whole post brewing about how things are going, or not going, in the Commonwealth and the Nation. It was full of snark, and some great one liners.

But then, perhaps I wouldn’t have been understanding the words of Dr. King.