ABCs of Thanksgiving – L is for Life

ABCs of Thanksgiving – N is for No

ABCs of Thanksgiving – M is for Music 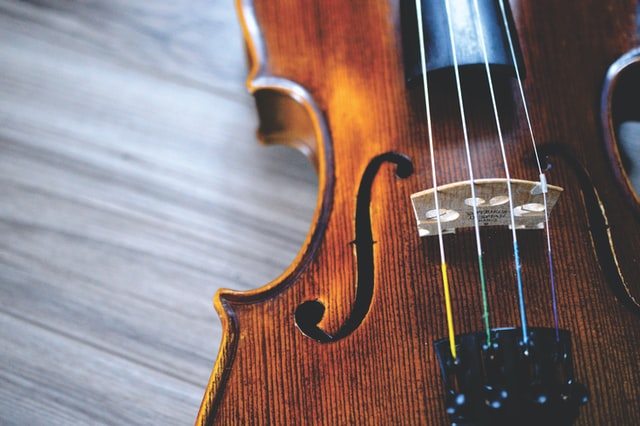 If music be the food of love, play on…

Music has always been a big part of my life.

True I didn’t get the piano for Christmas my junior year in high school, but I’m over that. Sort of.

I did inherit one later which was sold without my knowledge, but I’m also over that. Sort of.

But my wife brought a piano into the marriage. Through the blessing of a leaky bathroom we replaced that with a digital baby grand.

I play it sometimes. Usually when there’s no one around.

In other words, I never got to Carnegie Hall.

It’s also true that I started out in college a music major. I applied to one school to major in music and another to major in art.

I went to the school where I was accepted as a music major.

My degree is in communications.

I did okay my freshman year as a music major. Missed the Dean’s List by one misread chord on my theory final. 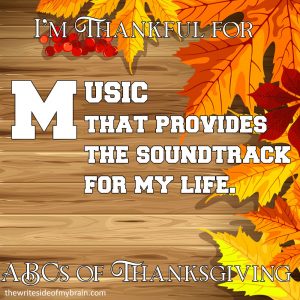 But come sophomore year the theory was no longer clicking. The mathematical aspect of chord progression just didn’t make sense to me.

So, I changed my major. Twice.

Regardless of my formal training, I’ve always considered myself a singer, even if others don’t. I’ve always loved music. I do wish I’d spent more time with the instruments.

And it’s also true that a good friend loaned me a ukulele to learn with. I can do two, maybe three, chords. The strings aren’t compatible with the size of my fingers.

Let’s just cut to the chase before you click on to another site.

I’m much better at listening to music than I am performing.

Usually, when there’s not some show or movie streaming, I’ll have a Pandora station going.

Currently I’m partial to Christmas Jazz (think Charlie Brown), and the Brooklyn Tabernacle Choir (currenlty playing as I write this).

But on any given day it could be classical, country, Broadway, bluegrass, or 60s and 70s oldies.

It may or may not be true that at one point in my early teen years I was being fought over by Karen Carpenter, Linda Rondstat, and Olivia Newton John, who honestly loved me.

I may or may not be remembering that exactly has it happened.

When it comes to church music I’m partial to the hymns and the big choir numbers. You just can’t beat four part harmony.

You don’t get much of that anymore, and it makes me sad. Thankfully, there’s Pandora.

I’m halfway through my ABC list and some days it’s hard to get this posted.

Photo by Providence Doucet on Unsplash

Happy Anniversary to my Bride of 35 years. She has