Its’ good enough for me!

Not forsaking the assembling of ourselves together, as is the manner of some, but exhorting one another, and so much the more as you see the Day approaching.

We went to church on Sunday for the first time in over a year.

Let me clarify. We went to church in person for the first time in over a year.

We’ve been attending online services in a number of forms. And we’ve led the worship for the livestream on a couple of occasions.

This was being back in the building.

It wasn’t out usual building, but a building from my childhood.

You’ll recall that we were in my hometown this weekend for a family funeral. We decided to stay through Sunday and go to church with my Mom.

It’s a convoluted story, and one that perhaps needs a flow chart…or perhaps a flannelgraph if you remember your Sunday school, but here is its in nutshell.

I grew up in the Church of God. The Anderson, Indiana flavor, and not the Cleveland, Tennessee flavor.

If you know, you know. Or you can wait for the interpretation.

Around the time I was starting school, our very small church was sold to the town who built a lovely office building and library on the spot. I spent much of my youth in that library.

Ironically, or not, the library is now located in the old Mormon church.

When our church was sold, the ground was broken for a new church building on the main thoroughfare through town.

But the building didn’t go up overnight and we needed a place for church during construction.

We ended up meeting at the Seventh Day Adventist Church across the street. After all, they weren’t using the building on Sundays.

Our church building was eventually completed and we moved into the new digs. 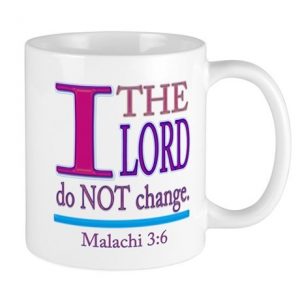 When I was in high school, in a story that may or may not end up in the book, our church left the denomination.

Several years later, post college, and in the early days of my political involvement, I left that church right before I moved away. That story may indeed show up in the book.

Not long after, my Mom and Stepdad left and began attending a small church in our original Church of God denomination on the other side of the county. They were there for years. When I say small, let’s just say that twelve people was often considered a good crowd.

Fast forward about thirty years. The small church was struggling, but still surviving. An opportunity came up to buy and moved into…wait for it…the Seventh Day Adventist Church building.

And so they did. If things go well this week, their offer to buy the building will be accepted.

Not only that, since the regular pianist, my cousin and or stepsister depending on how you draw the family chart, was out of town. So my wife played piano. To do so she had to learn some Church of God hymns that grew out of the camp meeting movement prior to the turn of the previous century.

All that gets down to the fact that it was good to be in church.

Pastor Faye, also a cousin, and for the record a former babysitter, gave a powerful message based from the first two chapters of Ecclesiastes.

All is meaningless, except that her sermon wasn’t.

On our ride home we chatted about the fact that it felt comfortable. It felt familiar. It felt like church.

That’s a feeling that we haven’t had for sometime. Not just because of the pandemic, but for reasons that will definitely not be included in the book, we’ve been in search for a new church home.

We haven’t found it. And we’re not driving four hours every weekend to find it.

That old time religion if you will.

I know that there are different styles of worship. And I know that church music has evolved over the centuries. I mean in the early church, instruments and harmony were nowhere to be found.

I’ve even grown up through traditions that said “We won’t allow guitars in the church because stringed instruments are of the devil. We’ll stick with the piano.”

I’ll give you a minute to think about that one.

Personally, I love the hymns. Sure they’re old. But they’re solid. And they’re absolutely packed full of theology what we miss in the “Jesus is my boyfriend” songs.

Too soon? No my brethren and sistren not nearly soon enough.

Give me an old-fashion hymn sing comin’ down in four part harmony any day of the week.

And twice on Sunday.

And maybe when we step back in time to a little country church.

A Storm Is Brewing: Project Veritas, Another Reporter Speaks Out Against Their Network
Human Events
“The viewers are being deceived by a carefully crafted narrative in some stories…There’s a narrative. Yes, it is unspoken. But if you accidentally step outside the narrative, if you don’t sense what that narrative is and go with it, there will be grave consequences for you…Fox came at my throat for standing up against censorship.” Read More.

Democrat Senator Sheldon Whitehouse Faces Backlash Over Membership To Alleged All-White Club
Daily Wire
“Both Whitehouse and his wife Sandra as well as their families have been members of [the all-white private Bailey’s Beach Club in Newport] for decades,” GoLocalProv reported. “Whitehouse did transfer his shares in the club to his wife years ago, and she is now one of the largest shareholders in the all-white club. The club’s membership is a who’s who Newport, Palm Beach, and New York wealth.” Read More.

Abbott and DeSantis Ally to Secure the Border
In the absence of federal action, state governors are taking matters into their own hands.
The American Spectator
Abbott and DeSantis’s cooperation independent of the federal government could signal a growing trend of Republican governors flouting the Biden administration. Read More.

Controversy As Catholic Church Decides To Deny Communion To Satanic Goat Worshipers
The Babylon Bee
A number of bishops do oppose denying Communion to Satanic goat worshipers, though. They worry that this could put the church in direct conflict with Democrats — huge supporters of Satanic goat worship — making it harder for the church to work with them on issues such as poverty, racism, and the environment. Still, they admit, even if they were to be able to get past the Satanism, there was still no getting past the baby murder. Read More.