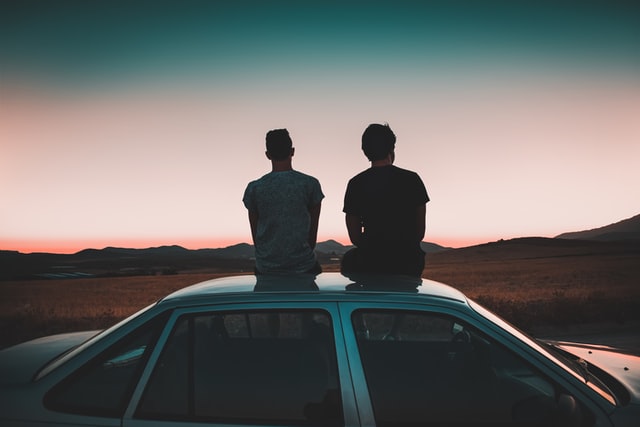 My brethren, count it all joy when you fall into various trials, knowing that the testing of your faith produces patience. But let patience have its perfect work, that you may be perfect and complete, lacking nothing.

It’s not the big one Elizabeth. I’m not coming to join you.

In the 1970s sitcom Sanford and Son, Fred Sanford, played by Redd Foxx, would often feign shock over some absurd situation and clutch his heart saying “It’s the big one. Elizabeth, I”m comin’ to join you, Honey,” crying out to his dead wife.

This cancer isn’t the big one. But it’s big enough.

Truth is, I’m still exhausted. I still feel like crap most days.

After all how would you feel with a stick of plutonium up your backside?

Sorry if that’s a little indelicate. There’s nothing delicate about cancer.

And it’s okay to say that.

In fact it’s okay to say a lot of things.

Since my prostate cancer diagnosis, I’ve read around the web, lots of medical sites, lots of “what are the symptoms of this therapy” sites, and lots of support group.

But it’s only been recently that I started finding like minded people expressing what I’ve been feeling, but couldn’t quite put into words. That’s a bad thing for a writer to admit.

True, if I’d joined the support groups offered, I might have come to this point sooner. But we already talked about that yesterday.

Today I have my first external radiation treatment. I’m assured that it will not be as bad as the last time I had radiation some thirty years ago. But I’m not looking forward to it. It won’t be pleasant.

That’s why I’d like to list just a few things that you shouldn’t say to a prostate cancer patient. Even when you mean well.

Especially when you mean well.

I summarized these from multiple sites around the web (referenced below), but the sentiments are the same. 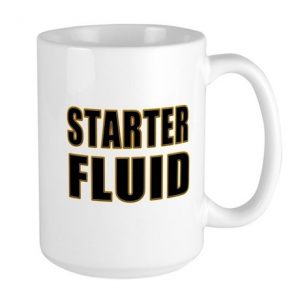 When someone tells you that they have prostate cancer…

Never tell them that it’s the “easy” cancer or the “slow growing” cancer or the one that’s “easy to treat.” Don’t even think about implying that it’s not a huge deal. Are there less common, more aggressive cancers? Sure, but this is still a big deal.

And never, ever, say it’s “the best kind of cancer to have!”

There is NO good cancer.

It’s like saying “At least, Mrs. Lincoln, you had really good seats.”

Don’t tell your story, or someone else’s story. Everyone’s journey is different. Hearing that “my uncle got through it just fine” may be well-intended. But it’s not helpful. What your uncle, or grandfather, or brother went through, is not what I’m going through.

Prostate cancer is a big deal. It’s a pain, literally a pain in the butt, to deal with. Even with the least aggressive cancers there are unpleasant and sometimes long lasting side effects that are no picnic in the park.

Everyone’s journey is different. But most of us are losing some quality of life points.

Never tell a prostate cancer patient that they’re more likely to die of something else first.

“You may be dying with cancer, but hey, you could get hit by a bus tomorrow.”

If you and the cancer person are people of faith, never say that they just have to believe that they will be healed.

Never tell a cancer patient that what they are feeling isn’t valid. Some days just suck and you’re not helping by telling them to look on the bright side. It’s okay to recognize that they may be feeling depressed.

Don’t be a cheerleader. Don’t tell him to keep fighting.

Don’t say “I know how you feel” even if you’ve had a similar journey. Because you don’t, and can’t know, how anyone of us feels on a given day.

Instead, just be there. Tell them you’re here for them, and mean it.

It is very much okay to say “I don’t know what to say, but just let me sit with you.”

Never say “If you need anything, let me know,” because they (we) won’t.

Can I bring you dinner?
Can I mow your yard?
Can I go to the store for you?
I’m thinking about you, or I’m praying for you.

And never tell them “Everything is going to be fine.”

Maybe it is, but unless you’re the attending physician, it’s likely you don’t know that for certain. Saying that it will all be okay can play down the severity of the situation.

And when that day comes, which it should for me five weeks from today, don’t say “Congrats, your treatment is over.”

While that may be true, the side effects likely will linger. When I had radiation following my cancer thirty years ago it was almost a year before the queasiness went away. I’m not anticipating that with this round, but fatigue is guaranteed. I’ve already got more than my fair share of that.

I know that I am very fortunate. My cancer was caught early. It had not spread. I have an expert medical team taking care of me. I’ve got supportive friends and family.

I am truly blessed.

This also truly sucks. So maybe knowing what not to say or to say to a cancer patient will help me, or it will help you help someone else.

Even the best intended statements need an editor.

12 Things Not to Say to Someone With Cancer
Healthgrades

Photo by Kylo on Unsplash

Ron DeSantis putting on the ‘full armor of God’ to fight leftism, receives standing ovation for stirring remarks
Blaze Media
“It ain’t going to be easy,” he warned. “You got to be strong. You got to put on the full armor of God. You got to take a stand, take a stand against the left’s schemes, you got to stand your ground, you got to be firm, you will face flaming arrows, but take up the shield of faith and fight on.” Read More.

Marjorie Taylor Greene’s Fire Fauci Act Triples Support After Email Dump
Newsweek
Although the White House has stood by Fauci as an expert and trusted advisor, Republicans capitalized on the release of his emails as a means of renewed criticism. The thousands of pages of redacted emails called into question what Fauci knew about gain-of-function research being conducted in China, the effectiveness of wearing masks and the possibility that the virus originated at the Wuhan Institute of Virology. Read More.

Analysis: Biden’s Justice Dept may defend Trump in Capitol riot lawsuits
Reuters
The Biden administration paved the way for that possibility, say constitutional scholars and lawyers in the cases, by arguing in an unrelated defamation case against Trump that presidents enjoy sweeping immunity for their comments while in office – and the right to a defense by government lawyers. Read More.

Washington Post tried to smear me for criticizing race theory — and failed spectacularly
Christopher F. Rufo in The New York Post
In recent months, outlets including The New York Times, The New Republic, MSNBC, CNN and The Atlantic have relentlessly attacked me. But the coup de grâce, they believed, would be a 3,000-word exposé in The Washington Post. The paper dispatched two reporters, Laura Meckler and Josh Dawsey, and spent three weeks preparing a vicious hit piece against me, accusing me of a range of intellectual crimes. Read More.