Swim with the Current 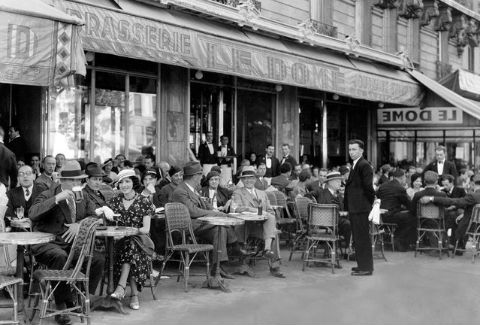 “My aim is to put down on paper what I see and what I feel in the best and simplest way.”

Last week I watched the PBS documentary about Ernest Hemingway.

It reminded me, among other things, that I need to read more Hemingway, and Faulkner, and Fitzgerald and…gulp…Joyce.

Hemingway was both fascinating and tragic. More than I could ever begin to address here. The series is worth your time to watch.

Across the Channel about a decade later a group began meeting at Oxford to discuss their writings, and other things. That group became to be known as The Inklings. It’s most celebrated members were J.R.R. Tolkien, and C.S. Lewis.

I think we all know that, while also need to read more from both of those gentlemen, I’ve read more of their works than of Hemingway.

In fact, and I’m pretty sure I’ve mentioned this before, I’m using 2021 to read and study British writers and British History. My current Goodreads count may indicate that it will take more than a year.

Short attention span literature it is not.

As a writer, I’m a little envious of the groups like Hemingway’s in Paris and The Inklings at Oxford. What conversations there must have been.

Of course, had I been at either table I would have been embarrassingly in over my head.

To have that group of friends and to know that, whenever the work day was over you’d all be heading over to the cafe or the pub to hang out for hours.

I suppose those opportunities existed when I was in college, but I don’t remember times like that. Reality is that most evenings I was either in rehearsal, or I was working on the newspaper or yearbook. I have the G.P.A. to prove that.  Reality also is, at my college, even if we were gathering it wouldn’t have been at the pub.

Good times to be sure, and lifelong friendships were established. We just weren’t necessarily discussing the deep things of life.

Perhaps if they had I might have made that left turn in Albuquerque.

My wife and I have often commented that we wished we had a local hang out of sorts that was our regular spot.

We probably wouldn’t discuss literature because she’s not a Tolkien fan. We have a mixed marriage.

But we don’t have a local cafe or a local bar. At least not one where everybody knows our name.

To a certain extent social media has replaced those gatherings. And, after our 47 years of house arrest, I am grateful for the conversations we’ve been able to have online.

I am also incredibly blessed to be a part of a group of Tolkien fans that has gathered online for nearly twenty years now. I’ve written about them before.

I’ll never have a group like Hemingway or the Inklings. I’m realizing that my best hope for this kind of fellowship is going to be meeting other old men for breakfast at Hardee’s.

I’m a little concerned that rather than discussing the deep things in life, we’ll more than likely just have a weekly organ recital.

Of course if I had a group like Hemingway and friends or the Inklings, I could ask them how to end this post.

Sunday Firesides: Want to Solve Your Social Problems? Get Over Your Self
The Art of Manliness