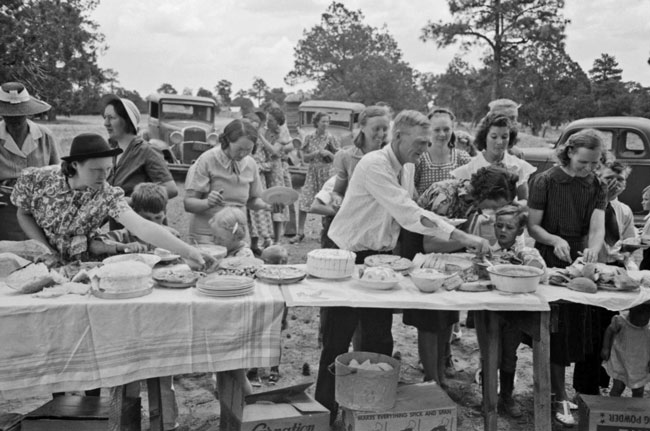 Here at the end of another week, we return to Short Story Friday. I hope you enjoy:

PICNIC ON THE MOUNTAIN

There was something about the way that the church did picnics. On picnic days, after Sunday services we would all pile into our family vehicles and find a dirt road to take us to the mountains.

There the men would set up tables and the women would bring out the food.

There was no such thing as trying to bring a single dish. Every family brought a full meal and more to share. Even the single women and the widows followed this tradition.

The chicken was fried. The tea was sweet. The desserts were plenty.

After the meal, the food was packed away. Some, especially the teenagers, would take a walk through the woods.

But the men stayed and brought out their guitars and banjos. Every now and then there would be a violin, or

Songs would be the popular songs of the day, then the folk songs. Most of the folks there had come of age during the Second World War.

Some of the men wouldn’t roll up their sleeves, embarrassed by the tattoos from a shore leave they tried to forget.

After a while, the music would turn to the hymns and favorite songs of the church. The harmony would soar into the trees.

Tears flowed down wrinkled cheeks as the sacred words stirred memories of parents and loved ones long gone.

By evening, as the sun began to set over the next mountain ridge, the tables and blankets would be packed away, the instruments stored.

Along with the blankets and guitars, sweet memories would be stored to warm the heart in coming days.

The faithful would gather again for prayer on Wednesday night as they always did.

Here in the mountains at the end of the dirt road, there was peace. The worries of the day, the pressure of bills coming due, the pending doctor’s visits where the results were feared. All of that was washed away this afternoon on the mountain.

Everyone knew that the next time could never be as sweet as the last time.

The gathered began the descent down the old dirt road, traveling slowly so as not to hit an oil pan with a stray rock or slip off the road into a rut.

By the time all were back to the main road, children would be asleep. Mama would slip her hand into Papa’s and he would drive home with one arm.

No one said what they were thinking. Would this be the last time on the mountain? Who would be gone from their circle the next time?
And, I must get Mildred’s recipe.

Picnics like this are a distant memory now. The old mountain road is paved and there are homes built near the top. Most of the old folks are gone.

Those who remain are beyond their best picnicking days.

Late last month singer B.J. Thomas announced that he has stage for lung cancer. Our prayers are with him in this fight. His music was a big influence in the late 70s and early 80s. 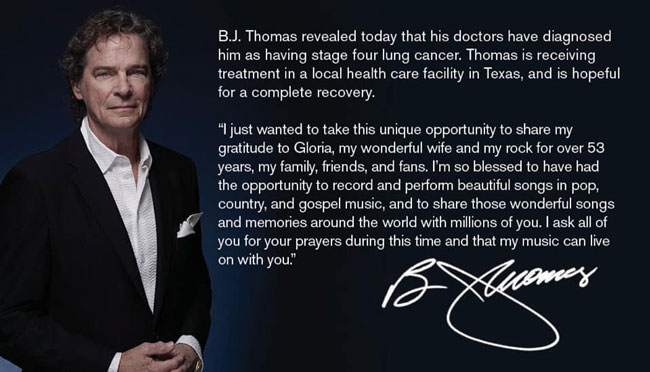 Exclusive: Britain will achieve herd immunity on Monday
The Telegraph via Yahoo!

After throwing their pastor in jail for disobeying Rona rules, Canadian officials are erecting a massive fence and using guards to keep members of this church from worshipping
Not the Bee