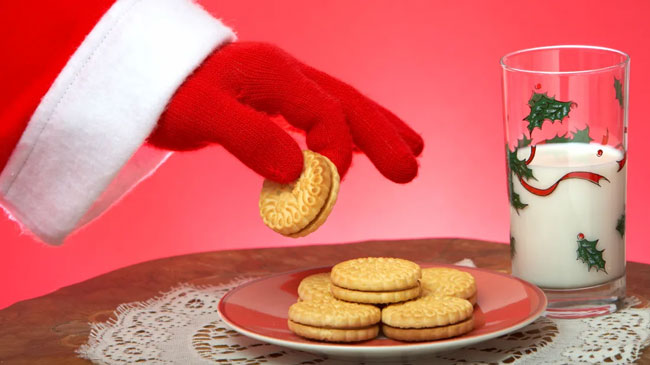 Like I mentioned the other day, it was usually the trip home from Thanksgiving dinner when we would allow ourselves to start cranking the Christmas music.

But if there was any year that we need a little Christmas, right this very minute, it’s 2020 Auntie Mame.

Actually, I’ve been working on Christmas plans since about March.

I thought that I would be back at Kings Dominion for Winterfest, but we know that story.

Then the other gigs that I was lining up started to fade away.

I began to realize that there would be no milk and cookies this year.

But Santa is a magical being and you can’t keep a good elf down.

Let’s just say that within the next week I’ll be making personal appearances in the red suit as well as doing virtual visits online as Santa Claus.

Sure, Santa, and the lights, and the tinsel, and the trees, and the parades…all of that are part of a celebration that has one central meaning.

The celebration of the arrival of the Christ child.

What better way to celebrate that than by spreading the holiday love? 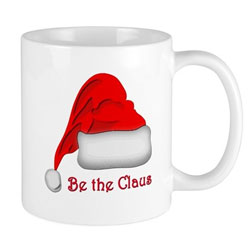 Your reindeer mileage may vary, but at the very core, there is really one reason for the season.

I hope that what we’ve been through in 2020 will help us to remember that.

I along with hundreds, if not thousands, of worldwide Santas will be doing our part to bring the Christmas cheer.

Along the way of preparing for that, I had an amazing thing happened the other day.

One of my favorite writers is Sean Dietrich, a.k.a. Sean of the South. I wish that I’d begun following him much sooner.

Sean wrote on Sunday about how Halloween was different this year. He mentioned that there would be no department store Santas.

I had to email him to say “but wait…”

To my amazement, he wrote me back. And after a day of exchanging emails, he wrote this column:

Thousands of Santas across the globe are re-imagining new, creative ways to bring Christmas to kids this year. (click the link above to read the whole post, you really do want to)

It’s pretty special. And it says a lot about how all of us who portray Santa feel.

Wouldn’t it be great if instead of unwrapping presents we could unwrap our faces and toss out the masks instead of expensive wrapping paper?

It’s probably too soon for that to happen.

On a side note, if you buy me one of those toilet paper ornaments or one with Santa wearing a mask, it’s going promptly into the trash.

We’re not out of the COVID woods yet.

As Sean noted, this isn’t the first hard candy Christmas.

Face it, the parents of the Christ Child had to leave home to go pay taxes to an oppressive government. Then, as if taking all of their hard earned money wasn’t enough, they had to flee to a foreign country because the same oppressive government wanted to kill the infant Jesus.

Literature is full of stories of difficult Christmases.

So, while Christmas 2020 may not be exactly what we want, we’re still pretty blessed.

This is still a very special season.

And this Santa is going to do everything he can to keep Christmas in his own heart.