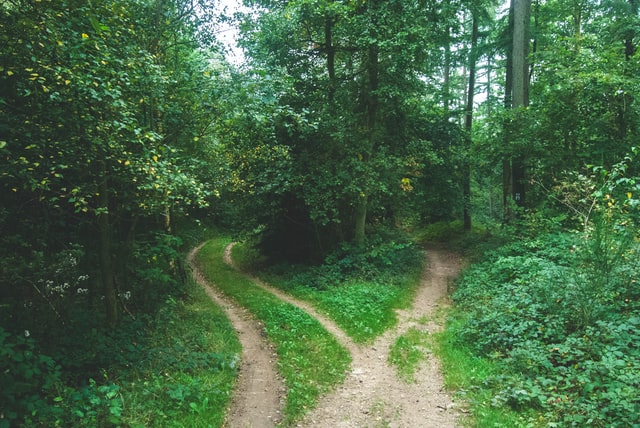 And yet I will show you the most excellent way.
I Corinthians 12:31

The memorial service for George Floyd was yesterday.

The officers involved have been arrested and charged.

Millions of dollars in economic damage has been done.

Multiple people are dead, including at least two black officers.

The Confederate monuments in Richmond are coming down.

That was just in the last week.

Other than the fact that I had to move a meeting location on Wednesday because our downtown office was closed, none of this really impacted me directly.

That is not to say that it didn’t affect me. Like you, I’ve run the course of emotions this week.

So, I’m tired. And if the news wasn’t bad enough, then I read that Kentucky Fried Chicken is taking potato wedges off the menu. Now it’s personal.

To be honest, I don’t remember the last time I had potato wedges from KFC, tending to opt for the mashed potatoes.

But, like I said yesterday, everything is going to change.

I don’t know about you, but I’m weary of the fight. I’m just not sure I’m allowed to be.

If there’s a second wave, it’s pretty clear where it’s going to come from.

I established several times this week my opposition to the rioting and looting. These are far different than protesting. They’re more harmful than helpful.

Spare me unless you’re willing to admit that you don’t value the lives of David Dorn, or David Underwood or multiple others who died in the violence.

In the months and years to come, we will find that the looting and the rioting did far more damage, especially economically, to the communities they said they were fighting for.

Here in Richmond, Broad Street was a failing eyesore for years. The expansion of VCU along the corridor brought businesses and prosperity. Now, many of those buildings, a lot of them holding minority-owned businesses, are boarded up. Multiple business owners have indicated that they will not return to the city.

Likewise, Richmond’s trendy Carytown section is all boarded up. What’s a hipster to do?

More to the point, on the first night of rioting, a city bus was set on fire and destroyed. It will take about $500,000 to replace that bus.

How much of that $500,000 could be put towards crumbling city schools where it’s not even safe for kids to go to the bathroom?

Okay, I have to stop. It’s the weekend and I have places I can’t go.

But maybe we can all spend some time this weekend thinking, and praying, about where we go from here.

There will be no reconciliation until the rioting and looting stops.

Likewise, there will be no reconciliation until some serious issues of systemic racism are addressed.

Street fires and tearing down monuments won’t fix either.

In fact, no grand program, no grand gesture will fix these issues.

It’s a matter of the heart and it has to happen one at a time.

In the normal times, I don’t listen to talk radio. I like to listen to WRVA for John Reid in the morning drive time and Jeff Katz in the afternoon drive time. Deal with it.

But since I’ve been home, I’ve left the radio playing some days.

So, I was intrigued when I heard Rush Limbaugh having a conversation with The Breakfast Club, no not the movie.

You know who Rush is.

In another story, a friend noted that his police officer friend reached out. The officer said that no on hates a bad cop more than a good cop. More importantly, he said that he would be willing to talk to a gathering of friends. At least to have a conversation.

This is where the healing starts.

So, the question is then, what are you going to do about it?

What positive steps are you going to take towards racial reconciliation, racial healing?

Stop trying to make yourself look more diversity-er than thou on social media and spend a little time thinking about how you interact with that co-worker, that neighbor, that grocery store clerk.

And yeah, maybe even that policeman.

Maybe it’s as simple as reaching out to that friend or acquaintance from another race, another background and saying “help me understand.”

Photo by Jens Lelie on Unsplash