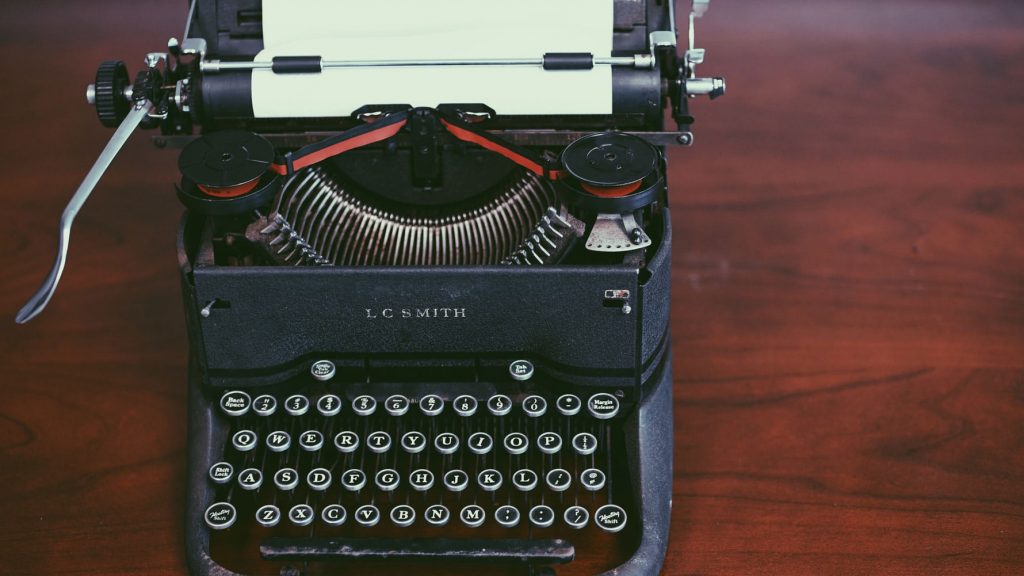 In full disclosure, I am participating in the Writing Contest: You Are Enough, hosted by Positive Writer.

I had this dream of writing in an oceanfront cottage. I’d be wearing my cardigan with patches on the sleeves and typing out the next Great American Novel (™) on an old Smith-Corona typewriter.

I always wanted to be a writer. Someday. But, the someday I was looking for never came.

Then, not long after I turned fifty, I found a book that changed my view on writing. I got a copy of You Are a Writer (So Start Acting Like One)

by Jeff Goins. It was a game changer.

Suddenly, like a bolt of lightning, or perhaps more like an incandescent bulb, I stopped saying “I want to be a writer” and started saying “I am a writer.”

Rather than someone stuck in a dead-end job wanting to write his way out. I became a writer with a day-job to supplement my addiction. I mean my career.

Across social media I began to identify myself as a writer. On my own blog(s), I began calling myself a writer, not just another guy with a blog.

That perspective changed everything.

No, it hasn’t (yet) landed me on The New York Times Bestseller List.

Yes, I still struggle every day to find the right outlets for my writing.

For a while, I wandered around the political blogs. I got a lot of statewide attention, and on an occasion or two, had my articles reach a national audience. But politics got a little too weird and I put that behind me.

Multiple times over the past eighteen years or so, I’ve participated in Nanowrimo (National Novel Writing Month). For the uninitiated, that’s a writing challenge where you attempt to write a 50,000 word novel in the month of November. I’ve done that successfully five times. Those five books are in varying stages of edits before being submitted to a publisher.

A few years back, I took a detour from the novels and began work to turn my grandfather’s World War I diary into a stage play. That play, Clean Dry Socks: Diary of a Doughboy, was produced in 2018 and has now been published on Amazon

I took a while to get beyond the point of just trying to write to make money. Don’t get me wrong, I’d love to be paid for everything I write. But I worked for a couple of content mills and that just wasn’t where I was going with this.

That time helped me to see that I’m really writing for myself. If I get published and other people read my work, that’s great. Even better if I get a check. But that’s not the main reason I write.

It was my other project that helped me get to this point. A few years back, during a particular low point at the day job, I started a new writing project. I vowed to write at least a thousand words a day on my way to developing my writing income. I titled the project How I Wrote My Ass Out of Hell.

I’m still in the day job, and that particular crisis has passed. But I’ve managed to consistently write at least a thousand words a day for the last four years.

I write because I have to. I have this need to put one word in front of the other. Maybe if I’d read Jeff Goins’ book in my twenties and not my fifties the career path would have changed. Maybe not.

I prefer to look at my life up until now as source material. And, I keep writing.

Photo by Daniel McCullough on Unsplash