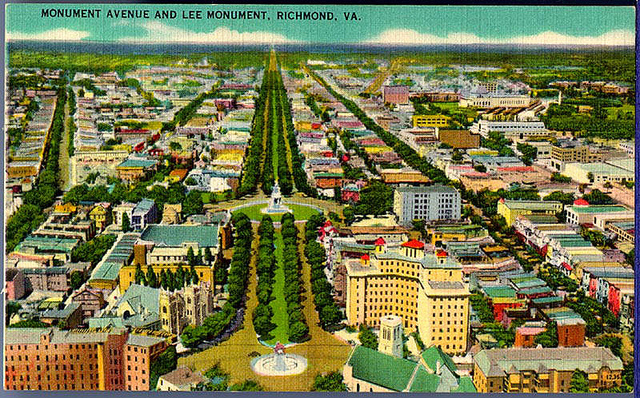 Yes, Virginia, it’s been less than a month.

I’ve always been proud to be from Virginia. A little less so in recent years.

Even less in recent days.

We’ve always known we had an ugly past. But in some ways, we thought we’d gone beyond that.

We’ve always looked at scandals elsewhere and thought, that would never happen here because we’re better than that.

I mean, in spite of what states further north want to tell you, America really did start here.

With the first Thanksgiving at Berkeley Plantation in 1619.

When a young America was being formed, it took Virginians to put it into words.

But the first Africans to be brought here as slaves also landed on our shores.

We were the Capital of the Confederacy.

We were the home of Massive Resistance. A statue to its leader stands in Capitol Square.

Perhaps we thought that we had gone beyond that past when we elected the nation’s first African American governor in 1989.

As someone who has always been a proud Virginian, this is difficult to write.

I’m sure that since I’m a sixty-year-old, protestant, middle-class, white man who started first grade the years schools were desegregated in my home county, there are those who say that I don’t have the right to speak about such things.

I find the difficulty to be recognizing our painful, and often shameful, past, without erasing history.

That’s why, as I wrote a long time ago, I think the monuments should stay. But add to them. Add context to them. Add other examples to them.

In recent years, Richmond has unveiled a statue of Maggie Walker. More recently the City Council voted to rename the Boulevard to the Arthur Ashe Boulevard.

Right now, the focus is on the top three elected officials. Two admitting to wearing blackface. One accused of sexual assault.

As I wrote a couple of weeks ago, we need to think about grace. But even grace has to allow for the consequences of actions.

I don’t like to think about the laughing stock that our Commonwealth has become over the last few weeks. Those jokes are supposed to be reserved for places like Illinois, and California.

But here we are.

I still think that Virginia is one of the greatest places to live. Here in Richmond, I’m close to the mountains and the shore. I don’t see either often enough.

True, we could do with a little less political scandal.

And, a lot less rain.

For many decades the official state song of Virginia was Carry Me Back to Ol’ Virginny …it was retired to “Emeritus” status because of the racist lyrics. Kentucky got around that by just changing the words. For a while we declared ourselves to be a Commonwealth without a song. A few years back the General Assembly declared that we have two state songs. The traditional, Our Great Virginia, and the popular, Sweet Virginia Breeze.

The question becomes, who are we now?