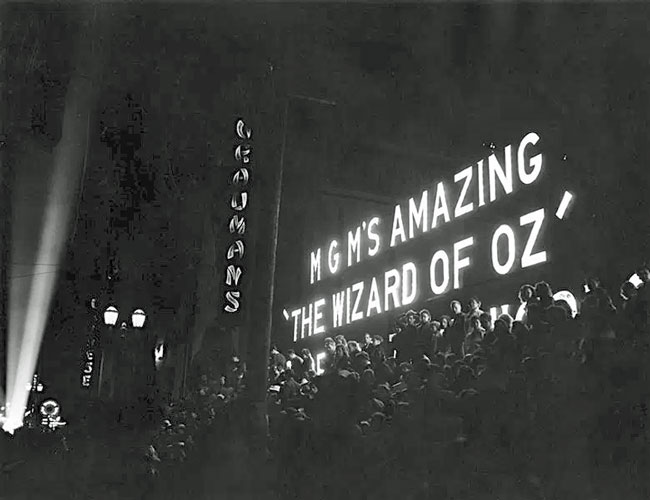 The Wizard of Oz premiered on this day in 1939 at Grauman’s Chinese Theater in Los Angeles, California.

Oh, the places we could go with that quote.

1939 was an amazing year for movies. Nominated for best picture that year were:

Judt Garland received her only academy award, a Juvenile Award for her 1939 performances in The Wizard of Oz and Babes in Arms.

Hattie McDaniel received the Best Supporting Actress Oscar for her role as Mammy, but because the hotel where the Oscars were presented was an all-white hotel, she couldn’t sit with her co-stars and instead was seated at a side table with escort, F.P. Yober, and her white agent, William Meiklejohn. Producer David O. Selnick had to call in a special favor for McDaniel to even be allowed in the building. The hotel would not be official integrated for another twenty years, when the Unruh Civil Rights Act outlawed racial discrimination in California.