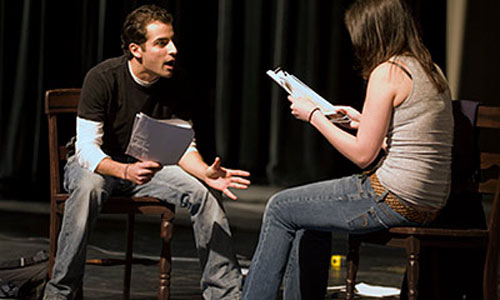 I think of life itself now as a wonderful play that I’ve written for myself, and so my purpose is to have the utmost fun playing my part.

American film, television and theatre actress, singer, dancer, activist, and author, Shirley MacLaine, was born in Richmond, Virginia on this day in 1934.

That’s right, Richmond, Virginia, along with her brother, Warren Beatty.

And, in a sense, she’s right. We’re all playing a part. We’re all living in the realms that we’ve created.

Sure, circumstances may have dictated some scenes we’d like to leave on the cutting room floor (I think I’m mixing my film and stage references, work with me), but the ultimate story that’s being told is all based on how we reacted to things that came along.

It’s funny, or you could say tragic, if I had known these truths at the age of twenty perhaps some aspiring writer would be blogging on my upcoming birthday.

But let’s be real. We were dangerous enough in our youth when we only thought we knew everything. Now I realize I knew next to nothing. And I’ve really not progressed far beyond that.

It’s true, every day I realize how much I really just don’t know.

That’s the case in my ongoing work on my script. No, don’t get me wrong, the first draft is done, the second nearing completion. (it will take multiple revisions) But as I sought to learn more about World War I, I was overwhelmed by the amount of knowledge and history that I’d never heard. That doesn’t even count the history I’d heard but forgotten.

Sometimes the vast amount of information can be overwhelming. It’s easy to feel that way on the Interwebz.

But, as I’ve learned in writing this script, there are scenes and information that do not need to be included as part of the story of my life.

So, when we’re writing the scripts for our own lives we can put ourselves in the starring role and be happy that not everything that’s happened over the last (gulp) fifty-nine (okay fifty-eight point eight) years has to be included.

The facts, the horror, the destruction, the world politics, are all part of the backdrop for the story of my grandfather’s experiences in World War I and his life afterward.

All those times in my life when I should have taken that left turn in Albuquerque or should have made a different decision, they’re all part of the backstory. They don’t have to define me.

We all know this to be true. Every person you encounter has secrets, and pain, and struggles. It doesn’t matter how successful they do or do not appear. Life is a struggle for all of us.

But, it can also be great.

I’m working with the draft of a new journal. It prompts me to write each morning and evening three things I’m thankful for. Right now, I’m working with a sample PDF that I printed for free, but there’s potential that this could replace the sacred Moleskine. We’ll see.

And the stage manager just called “five minutes ’til curtain.”

Also born on this day in 1942, American singer, actress, and producer, Barbra Streisand.