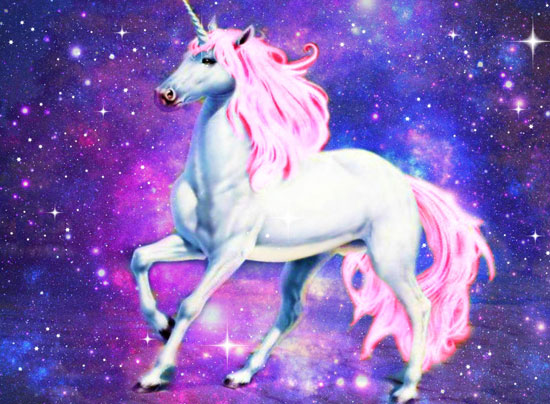 “The unicorn is a mythical beast”
– James Thurber, The Unicorn in the Garden

I was standing in line in Starbucks the other day, relax I was getting an almond milk latte, when two women left because they heard the barista say “there are no unicorn drinks within a 20 mile radius.”

Surely you’ve heard the hype, maybe you even tried one. The Starbucks Unicorn Frappuccino® Blended Crème was to be available for a limited time only.

So, what happens? The drink sells out, but before it does baristas go crazy (and a bit whiny) trying to make it.

Then it sells out and everyone is surprised. Well, maybe not the marketing folks at Starbucks.

America fell for it again, folks. Create a public demand for a limited supply…and then run out.

It happens every Christmas. And we continue to fall for it.

I’m not faulting Starbucks. They’re in business to make money, and they’re making lots of it.

I never thought about trying the Unicorn drink. To me it looked like a cup of sugar with food coloring and glitter.

Truth is, in the 25 or so years since I first met a Starbucks in Seattle, I’ve had one Frappuchino. At least if my memory serves me correctly.

I’ll be blunt, if I want something cold and sugary, I’m going for the milkshake.

But that’s not my point here.

The reviews I read of the Unicorn drink were that it wasn’t really all that tasty. One reviewer described it as “sour birthday cake.”

This post is less about Starbucks than it is about us as consumers.

I will admit that once, only once, my wife and I fell into the trap of middle-of-the-night shopping to get the “must have” toy for the year. Since then if we couldn’t get it like normal people, or order it, Santa has brought a different present.

Not all marketing ploys are genius. Those of us who remember “New Coke” will recall how that went over. A friend described it as “A glass of poop with sugar.”

She’s not in marketing.

Then again, everybody (well, sort of) loved it when Coke brought back the original recipe.

Coke did that way back before social media. And before most of us were on computers.

Urban legend tell us that P.T. Barnum once said “”There’s a sucker born every minute.” But there’s no proof that’s an authentic quote.

But spend an afternoon on Facebook and you’ll see that the sentiment is on the mark.

I mean, after all, surely they would know…right?

I love social media. I love instant access to information.

But far too often, it’s abused.

So, I have to be diligent in what I read, what I believe, and what I share. We all do.

If I had a unicorn, I’d share it with you.

That’s a safe bet for me because I’ll never spend my money on one. Even if they return.

And you know they will.

Speaking of things not being what they seem, American Actress and producer, Renée Zellweger was born on this day in 1969.