The Tomb Where it Happened 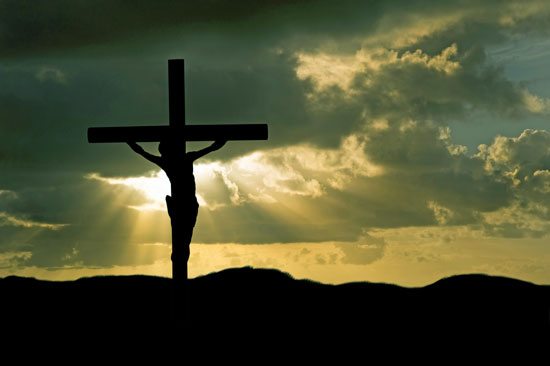 Jesus, sentenced to death, began the long march to Calvary. Beaten, bruised, bloodied, he was made to carry his own cross until he fell and a man was pulled from the crowd to carry it for him.

Two other men, both criminals, were also led out with him to be executed. When they came to the place called the Skull, they crucified him there, along with the criminals—one on his right, the other on his left. Jesus said, “Father, forgive them, for they do not know what they are doing.” And they divided up his clothes by casting lots.

The people stood watching, and the rulers even sneered at him. They said, “He saved others; let him save himself if he is God’s Messiah, the Chosen One.”

The soldiers also came up and mocked him. They offered him wine vinegar and said, “If you are the king of the Jews, save yourself.”

There was a written notice above him, which read: this is the king of the jews.

One of the criminals who hung there hurled insults at him: “Aren’t you the Messiah? Save yourself and us!”

But the other criminal rebuked him. “Don’t you fear God,” he said, “since you are under the same sentence? We are punished justly, for we are getting what our deeds deserve. But this man has done nothing wrong.”

Then he said, “Jesus, remember me when you come into your kingdom.”

Jesus answered him, “Truly I tell you, today you will be with me in paradise.”

Around noon, a great darkness came over the whole land, the sun stopped shining, the curtain in the temple was ripped in two.

In a loud voice, Jesus cried out “Father, into your hands I commit my spirit.”

And it was over.

As we approach April 16, the day we celebrate Easter and the Resurrection, I am reminded of another April 16 not so many years ago. Ten years ago on that morning 32 innocent lives were taken in one of the worst ever attacks of gun violence on the campus of Virginia Tech. I remember the horror of that morning as I watched an intern in my office, and later my son frantically trying to reach their friends, not knowing if they weren’t able to get through because of communication problems or if the worst had happened.

I did not graduate from Virginia Tech, but I was a student there for a time. I grew up near the campus, and I will forever be a Hokie in my heart. When I can, I still try to get by the campus to the memorial on the Drill Field.

Perhaps, as with all loss, over time the sting has lessened. But we will never forget.