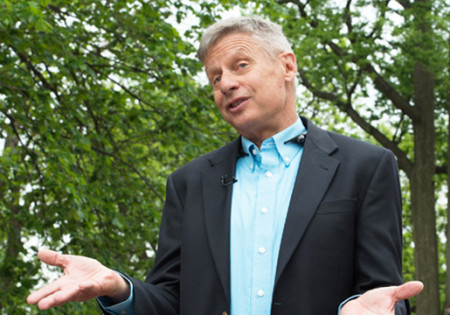 This post has been brewing for some time. If you’re a regular reader you’ve probably anticipated this.

I have not watched any of the (less than) presidential debates. Fortunately, or not, last Sunday I was at work plus the power was out at our house. I wouldn’t have watched anyway.

In part because I’m just tired of playing the game. I’m tired of the ugliness of this campaign and where it has taken us as a country. 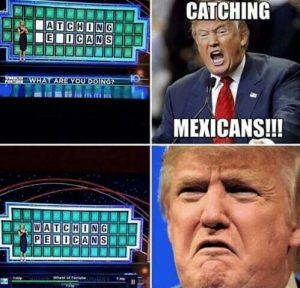 I told you months ago, way back before the GOP signed their own death warrant by nominating him, that I could never support Donald Trump. Let’s not waste space by going over the reasons again. They are many. But I said at the time “I’m just hoping that GOP voters can get their collective heads out of their collective asses and not nominate Donald Trump.”

At the time I hinted that I might be forced to cross the aisle, so to speak and vote for Hillary Clinton. After all, I refuse to not vote.

But in reality there are just as many reasons to not vote for her that go beyond the fact that she lied about Benghazi, she lied about her emails, she was brutally rude to the Secret Service when she was First Lady, she and Bill had to return some $28,000 worth of government property when they moved out of the White House, and she not only enabled Bill’s sexual exploits, she trashed the women he preyed upon.

Those are all documentable facts that are not up for debate on my real estate. But they’re not the (only) reasons I can’t support her. 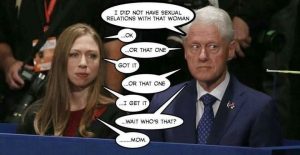 Let me digress again just a bit and say that whilst I think bringing Bill’s accusers into the debate is pretty sleazy politics, particularly for someone with Trump’s past the feigned outrage on the other side is just a bit much. Those of us who lived through the 90s will, or should, recall that an entire movement called “MoveOn.org” was created when the left told us about Bill’s escapades “It’s just about sex. Let’s move on.”

That in no way excuses Trump’s behavior but it punches a big damned hole in the holier than thou stance of the pro-Clinton team.

No, it’s not because she’s a woman, or to paraphrase a recent Washington Post article because she’s an old, white, woman. Hey, don’t look at me, I didn’t write it. And to be fair, I wasn’t a fan of hers when she was a forty-year-old, white woman.

If you’re a long time reader you’ll know that years ago I came out and said no to both Jeb Bush and Hillary Clinton for no other reason than the fact that we have more than two families in this country that can raise potential presidents.

I have accepted the fact that, as much as it nauseates me, Hillary Clinton will be the next President of the United States.

And no, I’m not voting for her.

For the first time in my voting life I will not be voting for the Republican nominee for President. I will be casting my vote for Gary Johnson and Bill Weld. I would encourage you to do the same.

On a side note, back in 1992 when I also thought the choices were bad, I almost voted for the Libertarian candidate just because I personally knew the vice presidential nominee. I seriously stood in the voting booth and thought “Hey! I know Nancy.”

At the time, my decision to go ahead and cast my vote for George H.W. Bush was because I thought it important not to throw away my vote.

This time, I have come to the conclusion that while I think cows will fly before Gary Johnson wins (please, I know the phrase is pigs will fly but we’ve had enough references to pigs in this election), I will be voting my conscience.

Sure there are concerns that Johnson had a couple of brain farts when asked about Aleppo or a foreign leader he admired. He admits he drew a blank. And while that raises some concerns about his foreign policy experience, can you with a straight face tell me you have no concerns about the other two?

I’m not throwing away my vote. In fact voting third party this time may actually be the first time I’ve had a real impact on the election.

Gary Johnson is on the ballot in all 50 states (or 57 if you’re Barack Obama). The way I see it a strong showing by a third party will go a long way towards breaking the juggernaut of our two party system.

Just look at how the establishment of both sides has controlled the debates. If you call that control. And if you call

them debates not circuses.

Look, it’s time to accept the fact that the GOP is imploding. It’s long past time.

A couple of years ago the GOP establishment was shocked when Eric Cantor lost his reelection primary by a YUGE margin. They claimed it was because Democrats voted in the primary. There was some of that. More of it was because Cantor lost touch with his district and he, along with the other folks running the GOP ignored the fact that their rank and file constituents were not happy with the way the Republican Party was performing. Or more correctly, not performing.

That, my friends, led to the nomination of Donald Trump. Believe me.

And even though there is a growing list of GOP leaders repudiating Trump as they realize that we’re about to sing the last verse of the altar call, there’s no redemption this time around.

Some people make bazillions of dollars for that kind of analysis. I just gave it to you for free. Feel free to hit the tip jar on your way out.

My Facebook feed is full of posts from friends who are, more than anything, disgusted with this whole election year. Sure there are a few zealots on either side who say “I’m with Her” or “I’m with Him.”

There are far more who don’t like either. That’s my point here. There’s another choice.

No candidate is perfect.

Do I like everything that Gary Johnson represents? No, of course not.

But I can cast my vote for him and still respect myself in the morning.

That’s not wasting my vote. That’s giving it some real value.