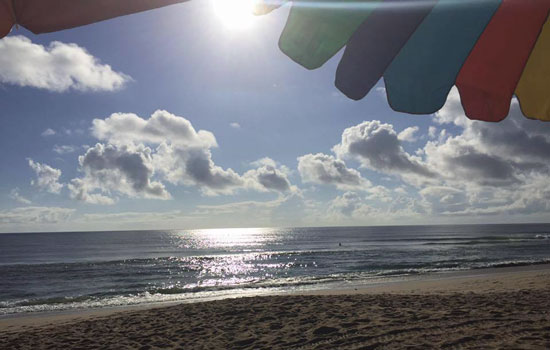 Yes, I know that technically there’s three more weeks of summer. But let’s face it, this weekend the pools close, the amusement parks cut back their hours, and Tuesday traffic gets all crazy again.

Consider this a public service announcement: There will be school buses on the road Tuesday morning, and children waiting at bus stops.

If you can’t restrain yourself from driving like a freaking moron, just stay home.

I’ll be working at the park this weekend. I may go play one last time in the water park on Monday. May.

It’s been a busy summer. Most of it, as you know, has been spent working, with the exception of our sojourn to the Outer Banks. I’m pretty sure I mentioned that once or twice.

But the road ahead, perhaps under construction, means back to school, and sweaters, and football (go Hokies!), and fall colors, and everything pumpkin spice.

It’s not a bad thing. Seasons remind us that life goes on.

As seasons go, I don’t mind autumn. I am not, however, a fan of winter (yes Game of Thrones fans, it’s coming).

I have a list of summer projects I didn’t get to. Something about working a seven-day week…or something like that.

So, the plans for the yard have shifted. I’m heading into an aggressive season of cutting back everything. And I do mean everything. A wet spring, the above mentioned schedule and two prolific fertilizing canines sort of helped the yard to get out of control.

In all honesty, it’s been two or three years since it was really in control.

And in more honesty, some things aren’t getting cut back until it’s cold enough for the snakes to be asleep, or at least drowsy.

I’m also back from my self-imposed summer break from theatre (which allowed for the summer weekend job). I’m back auditioning. And, while I appreciate the support, please stop posting on my Facebook page that “I know you’ll be cast.” Because…so far…I’ve not been. And that’s okay, it’s not a popularity contest. Okay, sometimes it is but that’s another post.

And, I’m aggressively pursuing the writing opportunities. Preferably the ones that pay. The script is coming along and may be in shape to start shopping it around to potentially interested venues. Again, may. And again, thanks for the votes of confidence, but there’s no guarantee it’s going anywhere.

In two weeks (yikes) I’ll be back in the theatre, but this time as a director for the Red Eye 10s International Play Festival. By the time you read this I may know which play I’m directing. May.

But this is a wonderful 24-hour festival where the actors are cast through a random drawing on Friday night, rehearse all day, and perform the show on Saturday night. Check it out at CAT Theatre.

All this is to say that, just because the summer job is winding down, I’m not discovering any more free time. In fact the “summer” job runs through the end of October. Just in time to start worrying about Christmas.