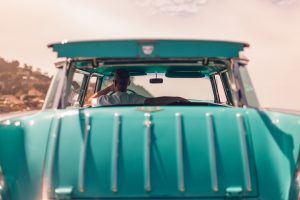 When you get older, you learn certain life lessons. You apply that wisdom, and suddenly you say, ‘Hey, I’ve got a new lease on this thing. So let’s go.’

American actor, director, and producer, Robert Redford, was born on this day in 1936.

Admit it. You’ve said it.

“If only I’d known that when I was younger.”

Pretty sure parents, grandparents, teachers…just about everyone older than us tried to tell us.

Here’s the thing. I probably knew that I wanted to write, and to act when I was twenty. But I hadn’t had enough life lessons to know that I could go for it.

Look, there’s no one to blame for that except myself. Maybe I got some bad counsel. No, there’s no maybe about it, I did. But, even though I took it, the decisions were mine.

And really, a thirty-five-plus-year career in government and public policy doesn’t look so bad on the resume.

So maybe I was fifty before I decided that I wanted to pursue writing full time. Or more precisely I was fifty when I decided it was okay to call myself a writer.

Maybe I was fifty-two before I got cast in my first, non-church-related, show. (Granted, those church-related shows are nothing to sneeze at…if you’ve seen them, you know.)

Let’s think about these people.

Laura Ingalls Wilder (Little House on the Prairie) didn’t publish her first novel until she was 65.

Grandma Moses (Anna Mary Robertson Moses) didn’t paint her first canvas until she was 76. She lived another 25 years.

Ray Kroc was 52 before he bought the first McDonald’s.

Harland (Colonel) Sanders was 62 when he franchised Kentucky Fried Chicken. Twelve years later he sold it for $2 million.

Peter Mark Roget published the Thesaurus of English Words and Phrases (Roget’s Thesaurus) in 1852 at the age of 73.

What’s another word for career?

Last, but not least, Moses was eighty when he first spoke to Yul Brynner…er…Pharoah.

Where am I going with this? Surely you’ve figured that out.

I suppose this post is a bit of a self-focused pep talk.

So what if I’m sixty when my first novel is published? That just means I’ll be a sixty-year-old with a published novel.

So what if the roles I audition for are for men “of a certain age?” It means I’m a character actor snagging the old man roles.

Here’s the deal. There’s no guarantee how much time any of us have left. But statistically, I’ve got another twenty, maybe even thirty years.

Regardless of when the clock runs out, I have no intention of my last words being “Oh man, I wish I’d gone for that.”

Keep moving. Never stop. Use what you’ve learned to take you forward.

You think I don’t have any political stories to tell?

Oh, I got stories.

There’s no use regretting what we haven’t done or haven’t accomplished.

Rather we should take those lessons life has taught us and use them to move us forward.

Maybe we’ll just be lining up for the senior discount at Denny’s.

But do turn your turn signal off.